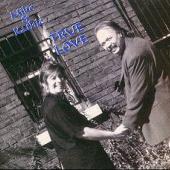 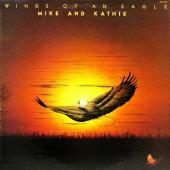 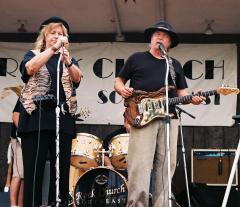 The husband and wife team Mike and Kathie Deasy were one of the first acts to record for Sparrow records. Prior to that, Mike had released a couple of solo recordings in the general market where he was known as one of the Los Angeles recording studio legends who recorded about 85% of the music that came out from the late 1950s into the 1970s. His guitar work can be heard on songs by Elvis, the Beach Boys, Michael Jackson, Frank Sinatra, Barbra Streisand, and hundreds of others. He is considered one of the most recorded musicians in the world.

Mike Deasy was born in the Los Angeles area just at the right time. He grew up as the southern California area started it's boom and was in his teens when he got called upon to use his extreme talent on guitar for the rising stars of the day who were creating a new genre of music: rock and roll.

He was there in the beginning, backing up notables such as Ricky Nelson, The Everly Brothers, Duane Eddy, Eddie Cochran and Richie Valens. As the 50s melted into the 60s, Mike was drafted into the exploding music studio scene, where he became a first call guitarist to the stars. These musical legends included Elvis, The Beach Boys, The Byrds, Simon and Garfunkel, The Jackson 5, Diana Ross, Billy Joel, The Turtles, The Association, The Mamas & The Papas, Barbra Streisand, Frank Sinatra and hundreds more.

During this "Jesus Movement" that was setting the Christian world on fire, those converted now desired music to listen to that reflected their newly discovered spirituality. Most of these new Christians were young and accustomed to listening to the pop and rock artists of the day. So almost overnight, a new genre of music was birthed, with Deasy once again right at it's inception. Originally referred to as Jesus Music, and later industrialized as Contemporary Christian Music, this style of Gospel music took off immediately among the righteous youth and the search for singers and players was on, resulting in such early CCM pioneers as 2nd Chapter of Acts, Barry McGuire, Andrae Crouch and the Disciples, Keith Green, Larry Norman, Janny Grein, Scott Wesley Brown and Phil Driscoll, all of whom Mike recorded with and sometimes toured.

Since then, Mike Deasy has played guitar and sang on, written songs for and produced many Christian albums. He's toured around the world many times with his message of hope, and today, is a pastor of The Rock Church S.E., in Port Arthur, Texas, where he's still using music to touch the hearts and minds of people like he always has, one at a time.