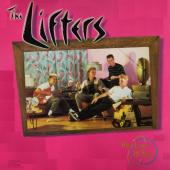 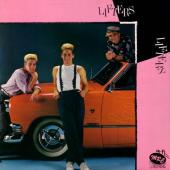 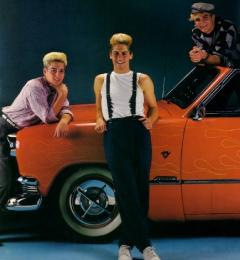 The Lifters were part of the burgeoning Christian Punk/New wave scene in the early 80′s that included Undercover, the Lifesavors and Altar Boys. In fact, it was common to put all of those bands together in one breath when describing the music of Southern California in the early 80′s. It may have also had something to do with the friendships between the bands and the fact that they always seemed to be doing concerts together every weekend in Church gyms and local parks.

In an odd sort of six degrees of separation there was also some sort of relationship between the bands. Mike of the Altar Boys had a brother in the Lifesavors, Brian Ray of the Lifters married Crystal Lewis who also sang with Chris Brigandi (the Lifters) in another “Lifters” incarnation, Wild Blue Yonder. All the while Chris Lizotte married Brian Ray’s sister and Chris Brigandi’s sister was married to…oh, now I’m confused.

While Undercover was the new wave/punk band, the Altar Boys were the Ramones-like Americana punk rockers and the Lifesavors were the alternative/punks, the lifters played straight ahead rockabilly in the vein of The Stray Cats with stand up bass, single snare drum set up and Chris Brigandi’s raspy vocals and 50′s rock n roll guitar stylings.

But amidst the trappings and Stray Cats comparisons what may have been lost is just how good they were, especially live. Both projects (The Lifters & What Love's All About) are filled with infectious, fun, clever and really, really good rock n roll! They were also the only band that I recall having two releases on the Calvary Chapel owned MRC label.

The EP contained a wonderful sock-hop tinged ballad “I’m Yours” that seemed like it would have fit perfectly in the final scene of the first Back to the Future and the piano driven “Living Water.” Highlights on WLAA include “Middle Ground” (which has some of Birgandi’s finest guitar work on the two projects and always kicked live), the title track which features a great “call and response” and the groove on “Do What I Do” is magic.