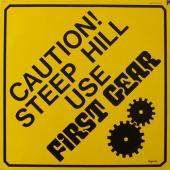 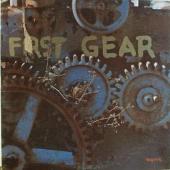 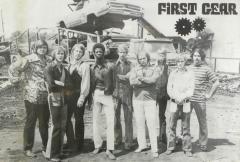 First gear was a jazzy funk based band with a sound reminiscent of Kool and the Gang or Earth, Wind, and Fire. Larnelle Harris was the lead vocalist. Although released on the Myrrh label, the lyrics for this group are not so much Jesus Music, but positive pop.

Larnelle Harris, front singer and leader of the group, was described by the St. Louis Post Dispatch as a "young Sammy Davis who is a demon on the drums." Prior to First Gear, he toured nationally with "The Spurrlows."

Some groups have only one lead singer, but in First Gear everybody does their thing. The other members of the group, Wally Gilmour, Bill Sanders, Russ Gregory, Jerry Idle, Don Perry and Tommy Wells, contribute vocally as well as providing the heaver First Gear sound on guitar, bass, electronic keyboard, trumpet, trombone, drums and sax.

Following a recent performance, one reporter wrote: "First Gear breaks out on stage with a high-energy, action-loaded dynamo of rock music in all its variations, that does not let up for even a moment until it's over. Then you just sit there stunned by the whole thing."