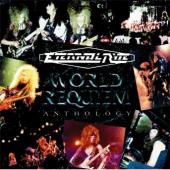 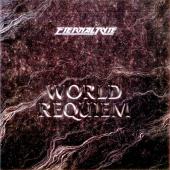 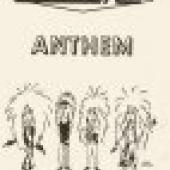 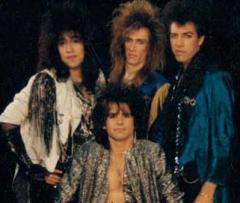 Underrated and overlooked, Eternal Ryte put out 2 independent demos before being signed to Pure Metal Records in 1990. Their first demo was released with no cover or credits and featured 4 songs ("Armed for Action," "Fight for the Light," "Quiet Times," and "Winners Take All"). The second demo was 1988's Anthem. With a melodic metal sound akin to Stryper, Dokken, Loudness. they should have had success, but they disbanded after their major label debut. Formed in the spring of 1984.

Eternal Ryte was the first west coast band signed by Pure Metal Records. Already Fanzines have raved. Like White Throne (Eternal Ryte's live show is "Delivered with loads of energy") Powerline ("A groove that just won't quit") and Metal Forces ("this is what heavy metal is all about"). With years of experience. Guitarist, Bobby Smith was invited to audition for Ozzy Osbourne's band after Jake E Lee left.

Drummer Scott Ernest, laid down drum tracks on Angelica's debut album. Vocalist, Phil St Vincent, has toured the US and Europe, While bassist, Fred Gustafsson, has studied music for 17 years. After Bobby Left Eternal Ryte he went on to form a Swing/Rockabilly band Called Jumpin' Jimes from 1994-2001. They released one CD called, "They Rock" They Roll" They Swing" Played the Hollywood Derby every Sunday night for 3 years. After Swing died Bobby Formed 18 wheeler 2001-Current. Thus far they have released 3CD's, the newest being "Charmed Life" 2006.

The best way to describe Eternal Ryte would be glam metal combining a more than above average amount of guitar driven muscle with a bold and upfront message. Emerging from the growing Southern California Christian metal scene in the mid-eighties, Eternal Ryte was initially put together by founding members guitarist Bobby “Transformer” Smith, bassist Jon Ciccareli and drummer Mike Berry. An ad in The Recycler soon led them to vocalist Phil Garcia (who later changed his last name to St. Vincent).

When Ciccareli and Berry decided to call it quits after several years, the band rounded out its line up with drummer Scott “Smash!” Ernest (Angelica) and bassist Fred Gustafsson. Eternal Ryte went on to play all the clubs in Hollywood, including The Whiskey, Gazaries, The Roxy, and The Troubadour, and eventually recorded three demos – with the six song Anthem tape from 1988 being the most noteworthy - before signing to Pure Metal Records.

The bands name has a two fold meaning. First, it is the right to be kings and priests for Jesus Christ. Second, as described in Romans 6:23, it is the right He’s given us through His bloodshed for eternal life. On its 1990 Pure Metal debut World Requiem Eternal Ryte moves in straightforward melodic metal and hard rock territory, creating a sound certain to appeal to fans of Stryper, Angelica, Bloodgood, Holy Soldier, Loudness, Dokken and Queensryche.

The bands well rounded songwriting skills help to make the album an even listen from front to back. “Tightrope Dancer” and “Surrender”, for example, both stand out with their catchy hooks, while “Requiem” and “The Killer” feature the heavier and more aggressive sound. Eternal Ryte even pulls off a more blues based metal number in “The King” in addition to showcasing a customary radio friendly ballad entitled “Say Hello”.