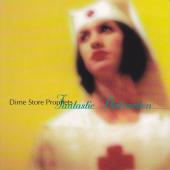 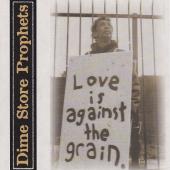 Singer/Songwriter Justin Stevens and Engineer/Producer/Songwriter Masaki Liu originally formed the band Radiation Ranch, a "roots" rock band with strong rockabilly influences. With Justin writing the lyrics, melodies and most chord progressions, Masaki provided the sound with an old Telecaster guitar. With the addition of Phil Meads on drums and Sam Hernandez on bass in 1993, the band changed its name to Dime Store Prophets. The name was taken from a lyric of a "Radiation Ranch" song called "Mercy Me" (the lyric was changed before Dime Store Prophets recorded the song on the first edition of their first cd).

Dime Store Prophets disbanded sometime in or before 1999 when lead singer Justin Stevens (aka Justin Dillon) formed his own band. It first took the form of the Justin Dillon Combo, then, Justin Dillon and the Brilliantines, and finally, the current Tremolo.