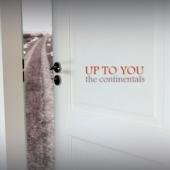 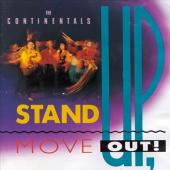 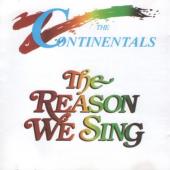 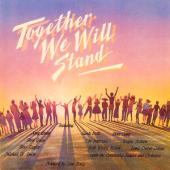 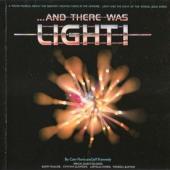 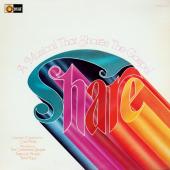 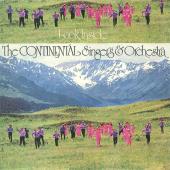 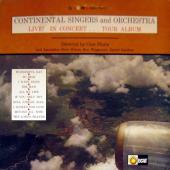 One of the challenges in documenting contemporary Christian music is that Christian music is crammed with unwritten history. As well as the tidal wave of newcomers continually emerging onto the scene with impressive new recordings, there are many established ministries, some going back decades, who have had little or no attention from journalists and music historians. Such is the case of The Continental Singers, otherwise known as The Continentals. Here is an international ministry whose achievements are little short of staggering. They have recorded over 60 albums, they have diversified into a myriad of splinter groups (The Continental Voices And Brass, The Young Continentals, The Encore Continentals, Continental Kids, etc, etc), and under the watchful eye of Continental Worldwide Ministries they play over 1,500 concerts a year. Yet despite all this you will find no listing of The Continentals in Wikipedia or for that matter, The Encyclopedia Of Contemporary Christian Music. There could be several reasons for this lack of media coverage. For a start, The Continental Singers' music has always travelled the middle of the road, bringing a pop element into choir music to produce a smooth, some would say sanitised, style which has mums and dads appeal of which cool music elements find easy to dismiss. For another thing, The Continental Singers are less a group than a brand with dozens of aggregations using the brand name touring simultaneously and sometimes recording in different parts of the world. However, down the years the Continentals have communicated spiritual truth to hundreds of thousands of people around the globe.

The creative mastermind behind the whole Continental Singers ministry phenomenon is a composer, musician and choir director based in California called Cam Floria. He said, "I started in Youth For Christ in Portland Oregon in 1963. Our first tour had 20 singers and a small brass and rhythm section and we went to Indiana for YFC'S annual Winona Lake Convention. We won the Choral competition. We did three tours out of Portland. I stopped for a year and finished up my Masters programme in Music Education and moved down to Los Angeles to be near Ralph Carmichael. Ralph's early music, much of it from Billy Graham films, became much of our programmes after we started our own company."

The first albums bearing the Continental Singers name were 'Sing A Happy Song' (1963), 'Sing A Song Along' (1964) and 'Life Is A Symphony' (1965). Cam has fond memories of that decidedly primitive 1963 album. "The first recording was a result of that trip back to Indiana in 1963. I got the idea to do an album of all the popular youth choruses of the day. So when we got back, I did the arrangements and we went to a local radio studio and stood around one old Telefunken microphone and recorded the whole album in one day... including the bass and accordion and drums which sat on the side and were picked up by the same mic. It cost $300! I sent the tape to Word Records and they called me immediately. They loved it, as bad as it was, and they sent me $100 to take a picture of the group. They put the LP on their record club's top Album Of The Month and we sold 20,000 in the first month! And off we went. We recorded two more records for Word the next year only this time at the end of our long summer tour... in Hollywood at Capitol Records with a lot more than one microphone!"

Cam continued, "The real birth of the Continentals as we know it today was spring of 1967 and Ralph and I were the original board members. It began as a non-profit organisation and is still the same today and today there are 12 board members. These last two years we have been celebrating 40 years of ministry. But actually we are well into our 41st at the moment."

Down the years the Continental Singers have regularly visited the recording studio. Said Cam, "We have had at least one album a year since 1963. We missed '66, but had two in '65 anyway. Otherwise if you count New Hope, Renaissance, Jeremiah People, Reality, Donny Monk and Friends, the Young Continentals, the Continental Orchestra and the Continental Brass - all groups we have started from Continentals - we have over 65 records. The music changed as the secular styles changed and as contemporary music changed. We had to in order to stay current and relative to the youth of our country. In the beginning rock was just an infant, we adopted it as soon as the Christian world recognized and accepted it."

By the mid-'70s The Continentals had become well and truly an international phenomenon. Netherlands-based author and theologian Leen La Riviere, who is one of the 12 board members of Continental Worldwide Ministries and who runs the renowned Christian Artists Europe Seminar, spoke about his long-time involvement with The Continentals. "In 1969 a friend, being a musical director, got a letter from Cam that he wanted to send a group, The Continentals, to the Netherlands. Panic in the house. This director called me to help, as I had been doing a number of musical and other types of small and large scale events. This first tour became an immense success and so it is till today. That first tour literally changed my life. Here I saw for the first time a combination of youth involvement, faith and contemporary music I had been searching for. God used that to present me the question to take up the Continentals as a personal mission. I did. Every year the American Continentals kept coming, in 1971 I started the European coordination for the Continental ministry, in 1974 we started to tour in communistic eastern Europe (first Poland, next Hungary, Romania, Russia; in secret DDR/East-Germany and Tsjecho Slovakia). In 1974 I started the first Dutch non-American Continental group. Those experiences for the next 10 years laid the foundation for cross-cultural development of other non-American Continental groups: German, French, Italian, Hungarian, Slovak, Romanian. Now we have approximately 25 European Continental groups on the road each year! For a while there were British Continentals but today they are part of the European network. Approximately 500 young people in professional training; a leadership training school; a special kids programme (age eight-13); and 400 concerts in Europe, reaching an audience of 100,000 people per year."

Cam Floria took up the topic of The Continentals' extraordinary expansion. "We have at the present 16 global offices that have their own Continentals performing groups, from the Kenyan Continentals to the Chilean Continentals. This year we will begin in India with the first Indian Continentals and hopefully next year in the Philippines. I see no reason why the Continentals will not continue into the foreseeable future as long as the music and performance remains relevant and the ministry continues to be so effective in reaching people with the Gospel. Each office is financially independent, though we do provide music and production ideas to each office. It is fascinating to see the same programme work with the Japanese Continentals as it does for the Mexican Continentals. The Brazilian Continentals, however, have had to adjust and they major on dance and the Kenyans on more ethnic African music."

Down the years major Christian music figures like Wayne Watson, Steve Taylor and Robert Sterling have cut their musical teeth withThe Continentals. Said Cam, "We are the largest grassroots recruiting organisation for contemporary Christian music... hundreds and hundreds of our alumni have gone on to become the worship pastors in so many churches in America. Our people are planted in Nashville and every record company there employs former Continentals. You will also find them in management companies, agencies and on the staff of many top Christian artists like Michael W Smith and Steven Curtis Chapman."

So there we have it. Despite their lack of an entry in Encyclopedia Of Contemporary Christian Music, despite their non-appearances at the annual Dove Awards, The Continental Singers have contributed a vast amount to the very fabric of contemporary Christian music. Cam Floria summed it up neatly, "Our greatest achievement is the 65,000 Continentals who have been through our touring programme. Their lives have been affected in a positive and spiritual way forever. In fact, it is well known that being a Continental is called the 'Life Changing Experience'."