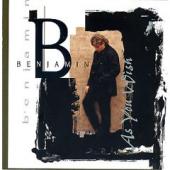 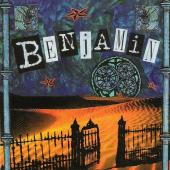 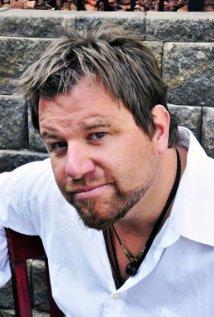 Benjamin Gaither is the son of music legends Bill and Gloria Gaither. Born in Mobile, Alabama, he was destined to be involved in music, and in the mid-90s released two solo projects on StarSong Records. Benjy has gone on to work in the movie business, and was producer of The Last Ride, a movie about the life of Hank Williams. He has also done voice work and performed on the soundtrack for Hoodwinked and the sequel Hoodwinked Too!

Let's Make a Memory
What was it like growing up in the Gaither household? I never know how to answer that question, but I can tell you that I remember being out on the road with my parents. My sisters and I would take turns, which meant every third weekend I would get to take half the day off school on Thursday and go to some cool place that most of my friends could only imagine. I remember throwing the football with Gary McSpadden and Steve Green from one side of an empty arena to another. I remember walking out on the stage to sing “I Am a Promise” and seeing a black sea of reflections from people’s glasses. I remember playing with my sister Amy backstage in a big locker room before we went up to sing and turning the shower on and getting Amy soaking wet, seconds before we were supposed to go up on stage and sing “Kids Under Construction.” I got in big trouble for that one.

But I think the moment that stands out the most for me was when I discovered my destiny. The “new guy,” Dann Huff was practicing his guitar before sound check. As I walked by the stage, he hit the distortion pedal on his rig, and a “fuzz” sound came out of his amp that I hadn’t heard before. I was about 8 years old, and the only music I had really gotten into was my parents’ (mainly because, oh yeah, did I have a choice?), Neil Diamond and the occasional “Sesame Street” hit. I was into “Muppets” and Star Wars, but THIS . . . this was rock ’n roll! The guy was screaming a solo and playing with lightning speed and astounding precision.

I was staring at his guitar like he was holding a light saber.

I nodded with my mouth agape.

“Well check this out!”

He started playing some riff that I could only assume was NOT in my parents’ set list. I realized that I had just crossed over into a world from which I would never return.

From then on, this 19-year-old prodigy guitar player was hounded and harassed by the boss’ 8-year-old son.

I started to take a genuine interest in guitar and music. At the time, Dann had a small studio apartment in Alexandria, and I would go over and hang out with him, listening to music, learning riffs and taking home cool new records he’d let me have — none of which my mother exactly approved.

Of course, I would jam to loud music upstairs in the playroom, most of the time interrupted by Mom or Dad flipping the light on and off from the downstairs light switch — my indication to “TURN IT DOWN!”

Years later, I started writing and formed my own band. We toured and played and had some small successes. One chapter of my life always seemed to open to more exciting chapters. I’m now producing films. I still write music and still, every once in awhile put on the old ’80s jams, strap on the air guitar and turn it up to ungodly levels. I have my own house now, so I don’t have to deal with my mom or dad giving me the TURN IT DOWN signal; it’s mainly my wife rolling her eyes at me asking, “You ever gonna grow up?” Ha. “Maybe next year, Honey . . . but probably not.”