The Nelons enter new season with 'Hymns: The A Cappella Sessions' 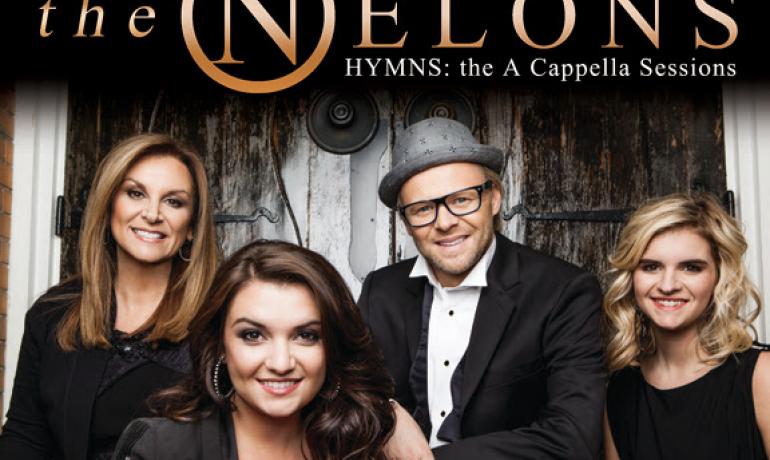 NASHVILLE, Tenn.—Multi-Dove Award-winning and GRAMMY® Award-nominated The Nelons, one of Gospel music’s best-loved and most enduring families, return with Hymns: The A Cappella Sessions, releasing June 24 on the Daywind Records label. Produced and arranged by Lari Goss, with four selections produced and arranged by Goss and Jason Clark, Hymns reimagines timeless songs of the Church, placing the distinctive vocals of Kelly Nelon Clark, Jason Clark, Amber Nelon Thompson and Autumn Nelon Clark at the forefront.

Bringing together 15 of The Nelons’ favorite hymns, choruses and spiritual songs, including three medleys, Hymns features “There Is A Fountain”; “I Need Thee Every Hour” and “Tis So Sweet,” along with medleys “Sweet Hour of Prayer/If I Could Hear My Mother Pray Again/Pray” and “Pass Me Not/Just As I Am/Amen.” The collection leads off with a stirring rendition of “The Hallelujah Chorus.”

“We couldn’t be prouder of Hymns: The A Cappella Sessions,” said Kelly Nelon Clark. “It was so fun for us as a family to rediscover many of the songs that both Jason and I, and our children, have been impacted by through the years. We wanted the project to reflect the diversity of the music we’ve loved within the Church, from 'The Hallelujah Chorus' to the spiritual tones of 'There Is A Fountain,' to the fun harmonies of 'Do Unto Others.' We hope this will be a collection that families can enjoy together for many years to come.”

During their legendary tenure as one of Gospel music’s leading families, The Nelons have garnered six GMA Dove Awards; three GRAMMY® Award nominations; 14 Singing News Fan Awards; a Silver Angel Award; a New York Film Festival Award for the history-making short form video “Famine In Their Land”; and a People's Choice Silver Telly Award for the concept video "Excuse Me, Are You Jesus?" The group has recorded more than 35 albums, and has amassed more than 20 Top 5 Southern Gospel radio singles, including such classics as “We Shall Wear A Robe and Crown,” “Come Morning,” “O For A Thousand Tongues” and “Thanks.” They have frequently been featured on the best-selling Gaither Homecoming recordings and videos, and have performed on The Grand Ole Opry, among other historic venues.

The Nelons continue the rich tradition initiated by family patriarch Rex Nelon, who joined Gospel Music Hall of Fame inductees The LeFevres in 1957. The group eventually became known as The Rex Nelon Singers before changing their name to The Nelons in 1982. Through the decades, The Nelons’ polished harmonies and performances, and their anthology of timeless songs, have helped to expand the audience for Gospel music around the world.