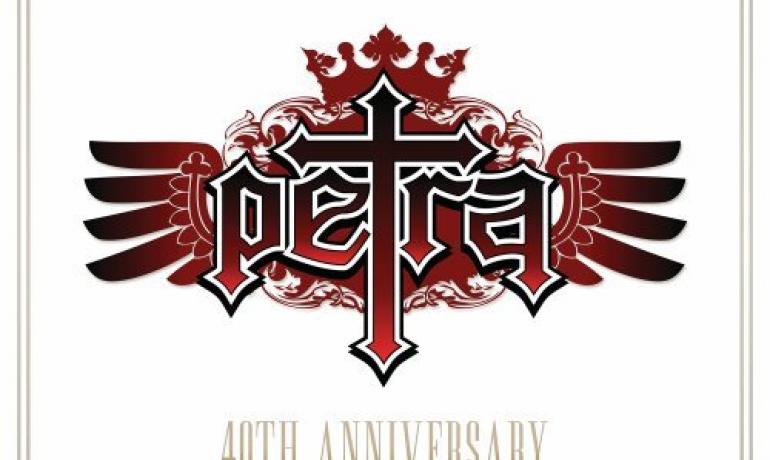 NASHVILLE, TENN. – To celebrate their illustrious 40-year career, Christian rock band, Petra, will release an exclusive CD project on July 30 featuring the band’s biggest and most-loved songs.  The standard edition of 40th Anniversary will include 27 of Petra’s hits, while the deluxe edition (digital copy only) will include 37 songs.  Both versions include a new recording titled “Holy Is Your Name.”

“’Holy Is Your Name’ is a thank you to all our fans, but mostly a thanks to God for all the wonderful years!” says Bob Hartman, founding member of Petra.  “We are happy to include it on the 40th Anniversary compilation."

Over the course of their 40 years, Petra has released 24 projects, sold over 7 million albums, garnered four GRAMMY® Awards, 10 Dove Awards and several #1 radio hits.  Considered the “pioneer” of Christian rock, the band has successfully paved the way for numerous artists and has helped create a new genre of rock music.
For more information regarding Petra, please visit http://www.petraband.com.
40th Anniversary Track Listing
DISC 1
01. Why Should the Father Bother?
02. Killing My Old Man
03. For Annie
04. Without Him We Can Do Nothing
05. Angel Of Light
06. Road To Zion
07. Rose Colored Stained Glass Windows
08. Judas' Kiss
09. Stand Up
10. Bema Seat
11. Grave Robber
12. Beat The System
13. God Gave Rock And Roll To You
14. Voice In The Wind
DISC 2
01. Thankful Heart
02. This Means War!
03. He Came, He Saw, He Conquered
04. All Fired Up
05. Hit You Where You Live
06. Beyond Belief
07. Creed
08. Dance
09. Sight Unseen
10. Midnight Oil
11. Enter In
12. Jekyll & Hyde
13. Holy Is Your Name (NEW RECORDING)
Additional Songs on the Deluxe Edition (digital copy only):
Chameleon, The Coloring Song, All Over Me, More Power To Ya, Godpleaser, Not By Sight, Computer Brains, Fool’s Gold,  You Are My Rock and Mine Field
Source:
Merge PR