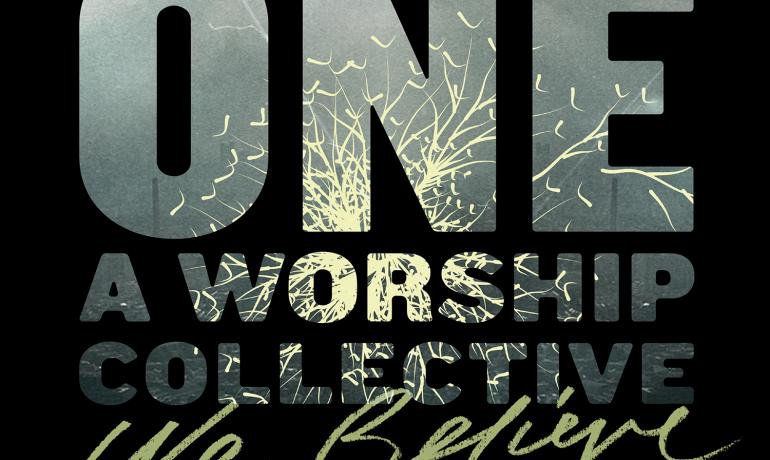 The first title in the One: A Worship Collective series from Integrity Music in partnership with Influence Resources, We Believe, released Aug. 6 amidst acclaim.  In its debut week at retail, the album became Billboard’s No. 1 Praise & Worship album, as well as launched all the way to No. 2 on the iTunes® Christian & Gospel charts during the week.

The resulting album was enthusiastically received August 6 at the General Council of the Assemblies of God held in Orlando, FL, as the critics also begin to laud the recording.  In addition to a feature story this month in Charisma magazine, Worship Leader says, “Integrity has captured a group of songs that can be instantly used in churches on a planetary scale… this collection is worthy of repeated listening and replication by your worship team.”  VerticalHope.com calls the album “fresh and exciting” and “a unique worship experience” that will “inspire believers in a new way.”  Breathcast.com says, “…this album is greatly going to resource the local church in two ways: first, this is a fine collection to help worship leaders emulate what leading Godly worship looks like. Second, the songs are all congregational in intent with God at the cynosure…they are going to inspire worship throughout eternity.”

In the wake of the widespread worship renewal of the 80s, Integrity Music captured the sound of this movement by partnering with worship leaders and churches across the globe. Those early “Hosanna” recordings documented a new sound of worship and helped connect this unique harvest of songs with believers in over 180 nations.  In that same tradition, Integrity launched One: A Worship Collective, a new initiative that will feature partnerships to harvest “home grown” songs from local ministries for the global church.

More information about One: A Worship Collecive, including an album preview, chord charts, photos, buy links and more, is available at http://oneaworshipcollective.com, with a live acoustic version of the song “Every Good Gift” available to view now on YouTube.