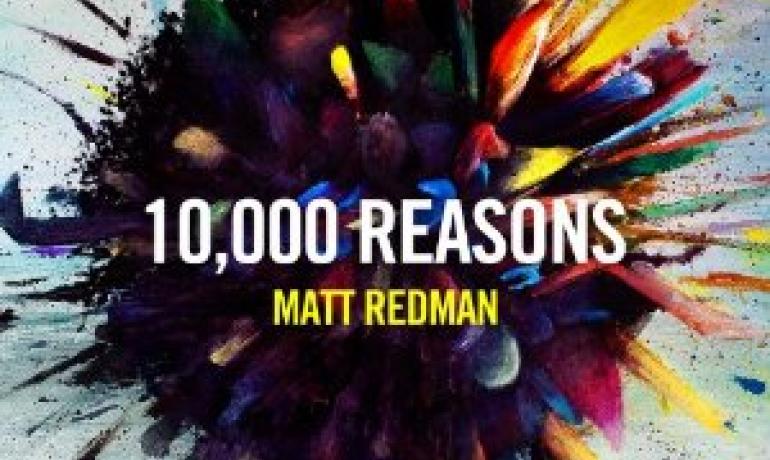 Nashville, Tenn. — GRAMMY® nominated worship artist Matt Redman’s newest project, 10,000 Reasons, available nationwide, is receiving praise from critics across the board. The album also made a strong debut upon its release, dominating the charts by taking the No. 1 spot on iTunes ® Christian Albums Chart and placing in the Top 15 on iTunes ® overall albums chart. 10,000 Reasons adds eleven new worship anthems to Redman’s catalogue that already includes favorites sung in churches worldwide such as “Blessed Be Your Name,” “Heart of Worship,” and “You Never Let Go.”

The new album, with songs co-written by Jonas Myrin (“Our God,” “You Alone Can Rescue”) and Jason Ingram (“Give Me Your Eyes,” “By Your Side”), is already proving to be a hit with an extensive online and print feature in Christianity Today, along with receiving critical acclaim from New Release Tuesday, About.com, Worship Leader Magazine and more as evidenced below:

“10,000 Reasons is one of the best worship albums of the year. Matt Redman enthusiastically sings Brit-rock style praise and worship and every single song could be added to your Sunday morning worship set.” -New Release Tuesday

“Sincere and honest lyrics, unquestionable passion, an authenticity that plugs you right into the Throne Room, exquisite musicianship ... and that is just touching the tip of the iceberg!” –About.com

“10,000 Reasons is a worship experience. Ultimately, Matt Redman realized his strongest sense of self on this project: the self only truly found in transparent, vulnerable cries of self-surrender.” –Worship Leader Magazine

In support the album’s first single, “Never Once,” which is making its mark at radio now, Redman recently visited radio stations KLOVE and KSBJ. Earlier this week, Redman also presented his new project to numerous radio personnel at a special event held in Atlanta.

While in Atlanta, he took some time to lead worship at his home church in the U.S., Passion City Church, pastored by Passion founder and director Louie Giglio.