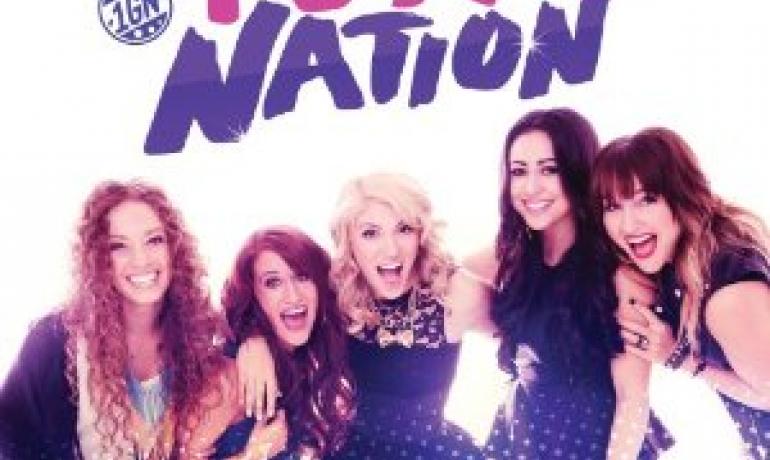 1 Girl Nation is made up of five talented girls, each possessing a strong, distinctive voice and loads of personality with a united desire to communicate positive truths to teens and adolescences. The group includes Kayli, who grew up on military bases all over the world as a result of her fatherís Air Force career, landing in Orlando, Florida; Lauryn Taylor, from Birmingham, Ala.; Kelsey, a Chicago, Ill. native with a degree in music education; Carmen, a singer/dancer who grew up in the Nashville area; and Lindsey, a pastor's kid who hails from Jacksonville, Fla.

With an eclectic range of influences, 1 Girl Nation offers a fun-spirited, musically adventurous outing on its album due August 20, on which the girls co-wrote more than half of the songs, collaborating with such noted writers as Jason Ingram, Kipp Williams and Tony Wood, among others. The girls trade lead vocals on all 10 of the sparkling pop gems on the groupís energetic debut, 1 Girl Nation, which relays powerful messages about self-worth, true beauty and living out your purpose in life.

"While Weíre Young," the group's first radio single, encourages young people to make the right choices early in life. 1 Girl Nation contends that while many songs on the radio today condone doing whatever you want while youíre young, itís only fun for a short time. Instead, the new 1GN single encourages girls to live what they believe and make the most of their youth by making a positive difference in the world.

Theresa Ross, Music Director at WTRJ, Jacksonville, Fla. says, "While We're Young" sounds so fresh with the perfect summer feel. It reaches out with a strong Biblical message that appeals not only to tweens, but moms and grandmas alike, to live for Jesus.

Audiences in the U.S. and Canada will have the chance to hear new songs from 1 Girl Nationís debut and experience its contagious live performance when the group joins the 50-city Secret Keeper Girl "Crazy Hair" fall tour beginning in August. 1 Girl Nation, booked through Jeff Roberts & Associates, will be the premier musical guest performing a pre-show concert for attendees and participating in the tourís full production, which includes a fashion show, mother/daughter conversation time, fun competitions and more. For full tour information, visit www.secretkeepergirl.com.