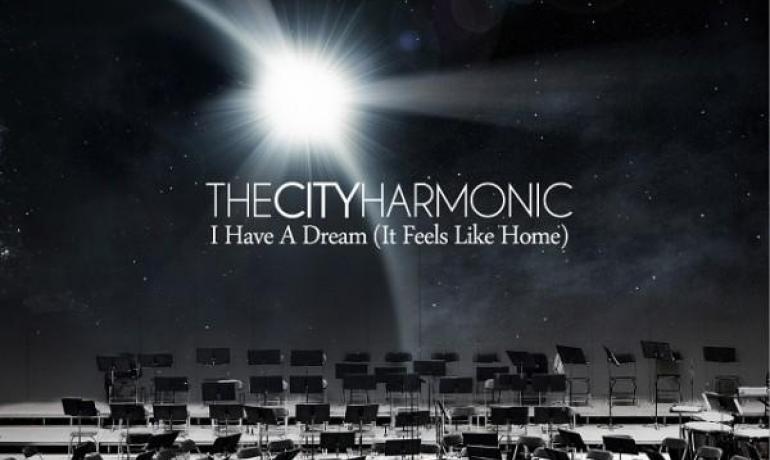 Internationally acclaimed band, The City Harmonic, adds to its list of accolades with its widely acclaimed and first full-length album, I Have A Dream (It Feels Like Home), garnering the band its first JUNO Award from The Canadian Academy of Recording Arts and Sciences (CARAS) for “Contemporary Christian/Gospel Album of the Year.” The 42nd Annual JUNO Awards, hosted by Michael Bublé, aired on Canada’s most watched television network, CTV, Sunday, April 21.

Continuing to resonate en masse as listeners instinctively join the chorus while the band’s music dynamically bounces from sparse intimacy to soaring celebration and back again, The City Harmonic is currently in the middle of its spring “I Have A Dream” headline tour. Not as interested in finding fans as they are looking for participants in the journey, the tour is billed as an immersive worship experience. With full production alongside the band’s already engaging live performances, the tour also includes special guest artists The Digital Age, Remedy Drive, 33 Miles and Eric Brandon.

The City Harmonic’s JUNO Award follows a Gospel Music Association (GMA) New Artist of the Year Dove Award nomination, the band’s fourth GMA Canada Covenant Award received last fall and over 2,450,000 YouTube channel views. I Have A Dream (It Feels Like Home), labeled “fabulous,” “infectious,” “exciting,” “spectacular,” “worshipful,” “captivating,” “creative,” “brilliant” and more by the critics, also sparked the hit singles and videos, “Manifesto,” “Mountaintop,” “Holy (Wedding Day)” and the award winning title track. The band’s “Manifesto” has sold well over 100,000 copies, marking the only song from a new artist in 2011 to break into the top 10 of the SoundScan Top Current digital singles sales chart.

The City Harmonic, who wrapped a 65-city tour with Newsboys last spring, made appearances on main stages across the US in front of tens of thousands during the 2012 summer festival season, and led its first headline US tour last fall, are about “getting people in on the act—hearts pounding and feet moving.” Forming a little over two years ago, the band went from anonymity to widespread acclaim, headlining tours across North America and gathering numerous awards along the way.