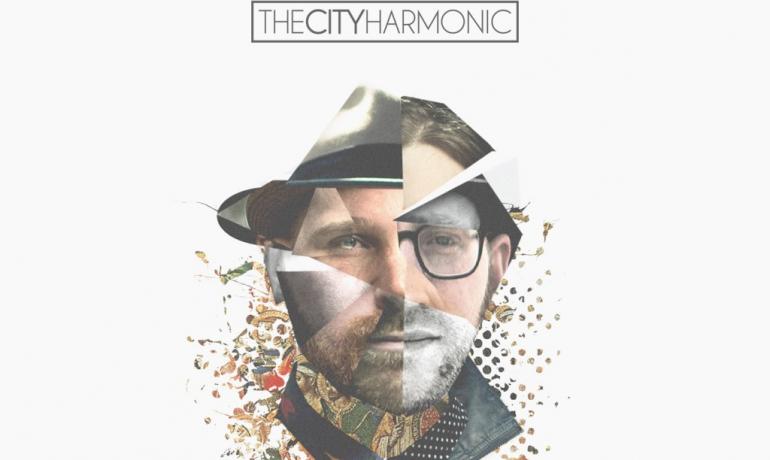 Raucous, award-winning band, The City Harmonic, known for its eclectic modern hymns and worship anthems of longing, hope and celebration, was formed through the sweat, joy and tears of urban mission. From a crucible of small churches of various denominations in Hamilton, Ontario, calling themselves TrueCity, the heart and line-up of the band was fused. Grappling with the struggle of everyday people and writing songs for worship fueled by a “together for the good of the city” ethos, The City Harmonic returns with its third full-length album, We Are, releasing through Integrity Music September 4.

Composed by The City Harmonic members Elias Dummer (lead vocals, keys), Eric Fusilier (bass), Josh Vanderlaan (drums) and Aaron Powell (guitars), and produced by Jonny Macintosh, We Are (#WeAreTheCityHarmonic) bursts with a renewed commitment to the band’s original pulse. With 11 authentic expressions of worship and unity, We Are captures what gets them up in the morning and keeps them grounded come what may.

“It’s easy in the craziness of making music to lose sight of why you started,” Elias says. “But we’ve been through a lot together. We’ve traveled the world in a way we never expected and we’ve seen the beauty of Christ working through this crazy, diverse family we call the Church.

“Along the way, we’ve seen first-hand how powerful it is when the Church works in unity,” continues Elias. “Christ changes us every day and Christ is changing our hometown… if we can somehow inspire the Church around the world to do the same… that’s more than we could ever have hoped or imagined.”

From soaring anthems like “Solid Rock” and “Maranatha” that call believers to loudly declare their praises to the quieter moments of devotion in “Still and Small” and “One,”We Are builds on the truth that in Christ, we are one. As the album’s first single and video, “We Are One,” boldly proclaims:

All life and death and what’s to come belongs to Christ
So here we stand, hands lifted high, the very hands and feet of Christ,
No holding back, no wasting time for we are one… to the glory of the one true God

It can take months before some songs become popular. Most never find success at all. But, every so often, a song strikes a chord and finds an audience, literally, overnight. This was the case for “We Are One” following the band’s debut performance of the song on the May 2 episode of “Beyond A.D.,” the NBC.com talk show that accompanied the network’s hugely successful miniseries "A.D.: The Bible Continues" from producers Roma Downey and Mark Burnett. To measure audience reaction, Integrity made the single available as a 48-hour iTunes exclusive following the band’s performance. The very next day, the song hit best-seller status on iTunes charts in North America, rising to No. 1 on the inspirational chart for the band’s home country of Canada and remaining there for the entire 48 hours it was available.

The single is now permanently available on iTunes leading up to the global release of We Are in September. The band has been sharing “We Are One,” along with other songs from the new album and fan favorites like “Manifesto” and “Praise The Lord,” during recent appearances such as the Festival of Hope with Franklin Graham in Jacksonville, Florida, the YC Alberta Conference in Edmonton, Alberta, and the National Worship Leader Conference in Kansas. They are also working with churches to arrange “We Are” events in cities across North America to help build unity within communities, and are developing a mini documentary that shares the TrueCity story and model for churches. The band is further developing a special website created to support the “We Are” community events and unity initiatives.