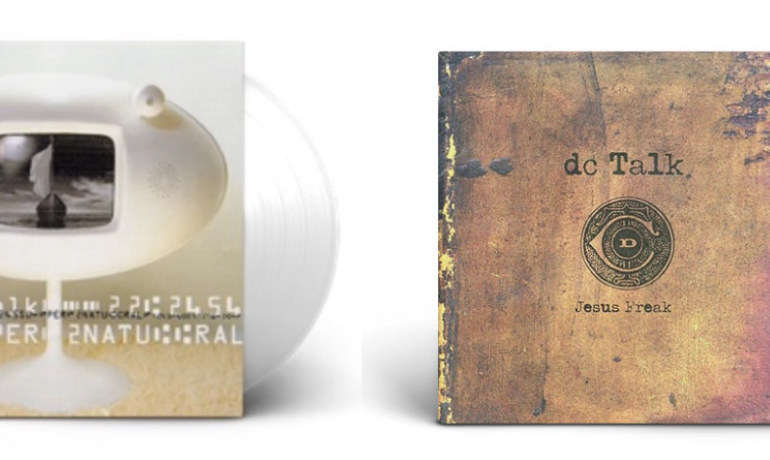 “Superfan Vinyl is very excited to bring these albums out on vinyl for the first time,” shares Superfan General Manager, Mike Condo. “We have been working on getting these going for months so to start the presale is a great feeling. Many people have heard how the vinyl market has been growing, with that growth many consumers are looking for catalog albums from years past. Both of these albums influenced numerous people across the world-many who are now vinyl fans. We are honored to give them a chance to experience these albums in a whole new way.”

The two highly successful albums will be shipped in mid-November to celebrate the 20-year anniversary release of Jesus Freak. “Personally, Jesus Freak is the reason I am in the music industry so it holds a special place with me,” Condo states. “I can’t wait to get the test pressing and hear it for the first time on vinyl.”

In 1995 the Grammy-award winning album Jesus Freak debuted at No. 16 on Billboard 200 and sold 85,000 albums its first week, certifying gold within 30 days of its release. The album went on to sell more than two million copies and debuted No. 1 on Billboard’s Top Contemporary Christian chart. Six singles from the project reached No. 1 on Christian Radio charts. The exceedingly successful track “Between You And Me” went to mainstream radio and peaked at No. 29 on the Billboard Hot 100.

Following Jesus Freak in 1998, dc Talk released their last all new studio album Supernatural, which debuted at No. 4 on Billboard 200. The album continued to sell more than one million copies and landed No. 1 on Billboard’s Top Contemporary Christian chart.
The two albums will only be available to purchase online at SuperfanVinyl.com. The albums will only be available for a limited time. To pre-order both vinyls now, please click here.