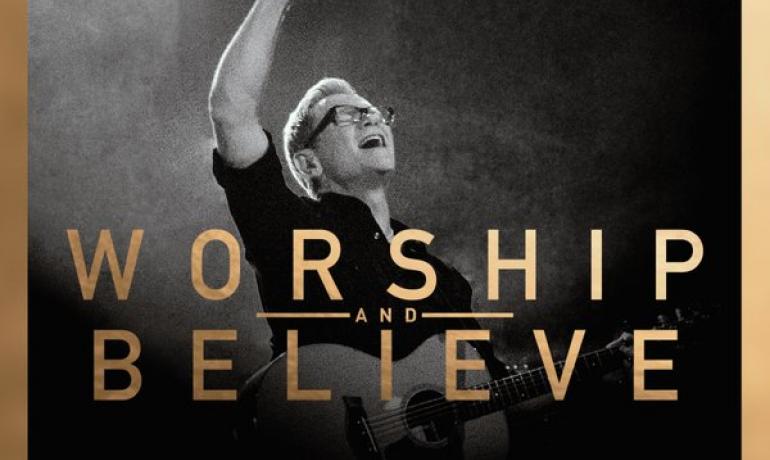 Franklin, Tenn - Multi-platinum selling and five-time GRAMMY® award winning artist Steven Curtis Chapman is set to release his latest project on March 4, 2016 (Essential Worship). Titled Worship and Believe, this is not only Chapman's 23rd career studio album in a three decade-long career but is his first worship record. The album was co-produced by Chapman and Brent Milligan.

Years before his latest album, 2013's Glorious Unfolding, he had been encouraged to make a worship record. Now with Worship and Believe, a new season is beginning for Chapman - creating more vertically-focused worship songs spurred on by a soul awakening to worship music he experienced as he held fast to songs of the church through a season of loss.

Chapman shares, "I always loved singing worship songs and people responded when I’d sing them during shows. They were what I held on to so tightly when we lost our daughter Maria, but the timing was never right for me to make a full record of them."

It was on THE STORY tour with pastor Randy Frazee when Chapman first heard about BELIEVE, a 30-day church curriculum that Frazee was working on as the follow up to THE STORY. "As Randy talked about how important it is for us as the Church to know what we believe and why, I began to get excited thinking, ‘I want to write those songs, create those musical declarations that we as the church can sing together.'”

He enlisted the co-writing help of Matt Maher, Matt Redman, Chris Tomlin, and members of Rend Collective, and even the drummer for One Direction makes an appearance on the album. While Worship and Believe will be available at retail and online outlets, the album is also being cross-promoted by Zondervan as a worship companion product to the BELIEVE curriculum, currently being used by thousands of churches across the country.