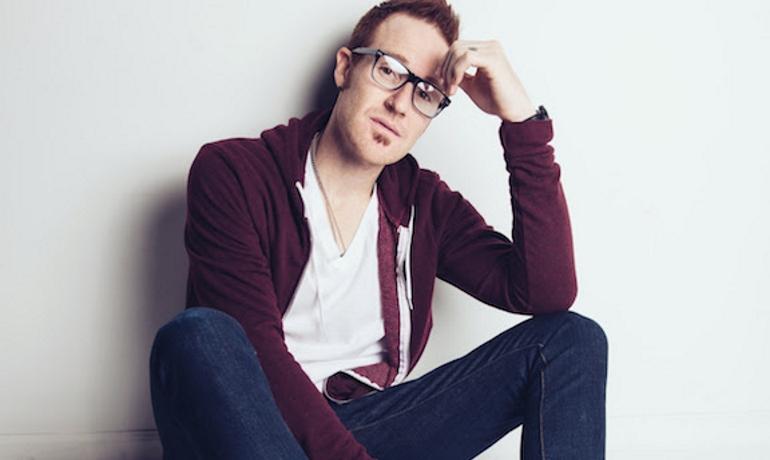 NASHVILLE, Tenn.: "Eye of the Storm,” the latest single by GRAMMY® Award-nominated Gotee recording artist Ryan Stevenson, is generating a whirlwind of impact at radio stations and concert venues across the country. From Stevenson’s critically acclaimed 2015 release, Fresh Start, “Eye of the Storm” features GabeReal of DiverseCity and was written by Stevenson and producer Bryan Fowler.

The fastest rising single of Stevenson’s career, “Eye of the Storm” is currently #7 on the Christian Hot AC/CHR chart after only seven weeks. The song has also reached Top 20 on AC Monitored and has been a #1 Most Added at the format for the past two weeks. In addition, "Eye of the Storm" has landed in the Top 10 on iTunes’ Christian and Gospel chart and is the #1 Most Increased Audience on the Billboard NCA chart, with nearly one million more listeners this week.

Along with networks including Salem’s The FISH and Sirius XM’s The Message, “Eye of the Storm” has been added by more than 75 stations across the country including KLTY in Dallas; Houston's KSBJ; KFIS in Portland, Oregon; WPOZ in Orlando, Florida; and KLJY in St. Louis.

“After spending years working as a paramedic, I have been awakened to the truth that the one thing uniting people is the fact that we all experience storms in life,” Stevenson says. “I wanted to write a song that would help to speak Hope in the midst of the storms. As we travel across the country, I have been humbled to hear stories of how 'Eye of the Storm' has served as a light in the midst of some dark circumstances. It is my prayer that God may allow the song to bring encouragement and peace to those who need it most.”

Stevenson is currently performing the song, along with his other signature hits, on the Newsboys’ “We Believe…God’s Not Dead” Spring Tour, which is hitting more than 20 markets through May 2. The Tour also features GRAMMY® Award-winning FairTrade Services recording artist Audio Adrenaline and Dove Award-nominated Curb recording artist OBB.

Online, fans can follow Stevenson’s journey to a healthy lifestyle through his Fresh Start series, where he shares tips on spiritual and emotional wellness, healthy eating, and staying in shape. Ten years ago, Stevenson decided to change his lifestyle, eventually losing more than 125 pounds.

An acclaimed singer/songwriter, Stevenson was nominated for a 2014 GRAMMY® Award as co-writer of TobyMac’s hit single “Speak Life.” After capturing TobyMac’s attention, Stevenson—who spent seven years as a paramedic—was signed to an exclusive agreement with the iconic artist’s Gotee Records. His first recording for the label was the Holding Nothing Back EP in 2014, followed by 2015’s Fresh Start featuring the multi-week #1 “Not Forgotten” (Feat. TobyMac). The Pacific Northwest native is a husband and father of two boys.