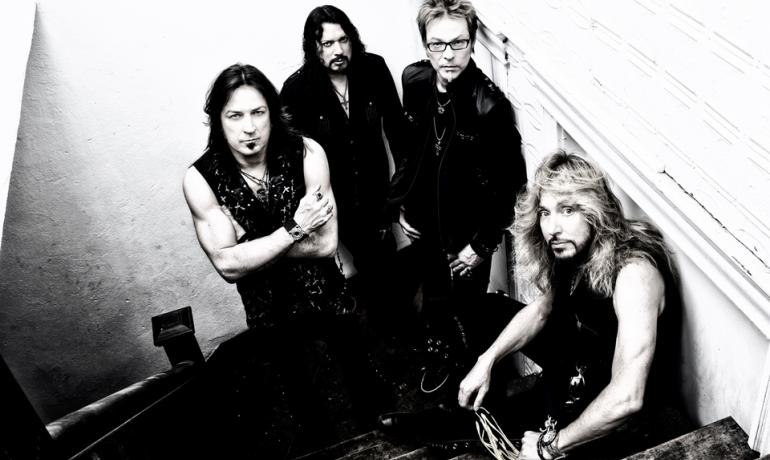 (New York, NY) -- After spending most of 2015 off the road, multi-platinum rock band Stryper will hit the road this spring in support of their new album, Fallen. Released in October via Frontiers Music SRL and produced by frontman Michael Sweet, Fallen is the band’s ninth studio album and their most critically acclaimed release to date, impressively landing near the top of the charts in three separate genres: Rock, Hard Music and Christian/Gospel.

2016 marks the 30th anniversary of the band’s historic album release, To Hell With The Devil. Plans are in the works to celebrate with a special tour in late 2016. Details will be announced at a later date.

Rocking since 1984, Stryper is responsible for such classic '80s metal albums as Soldiers Under Command, To Hell With The Devil and In God We Trust. In fact, Stryper is the first band to ever have two songs in MTV’s Top 10 simultaneously with their hits “Free” and “Honestly.” After a sabbatical for much of the 1990's, Stryper returned strong in the early 21st century. To date, the Dove Award-winning and GRAMMY-nominated band has sold over 10 million records worldwide.

Unlike many of their counterparts, Stryper is comprised of all four original members with Michael Sweet on vocals and guitar, Robert Sweet on drums, Tim Gaines on bass and Oz Fox on guitar.