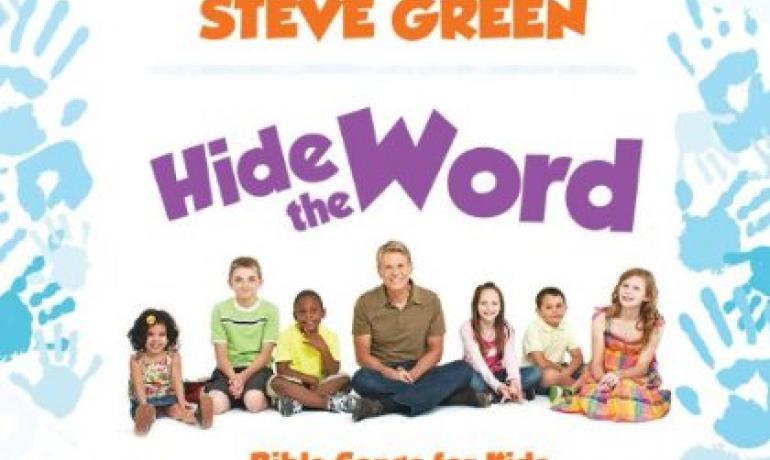 Hide The Word, the recording artist's ninth kids project, is aimed at bringing Scripture into children's lives through music. The new project is designed to help make memorizing God's Word a part of everyday life.

In addition to featuring Green on lead vocals, the CD also features a children's choir with individual kids quoting the verses. Green's granddaughter, Addy, made her recording debut on the project as well.

"There is nothing more powerful or lasting than God's Word!" says Green. "In the Scriptures, God has told us all we need to know for life and godliness. These Bible Promises set to music remind us who God is and what He has done for us. What's more, the songs are just plain fun!"

Green, whose breakout 1985 album He Holds The Key, earned the vocalist that year's Dove Award for Male Vocalist of Year, began releasing children's recordings simultaneously with his CCM projects with Hide 'Em In Your Heart Worship in 1998 and Hide 'Em In Your Heart: Bible Memory Melodies, Vol. 1 and Vol. 2 in 2003.  Among his children's projects are three volumes of The Adventures of Prayer Bear, released on VHS by Capitol Christian Music Group.