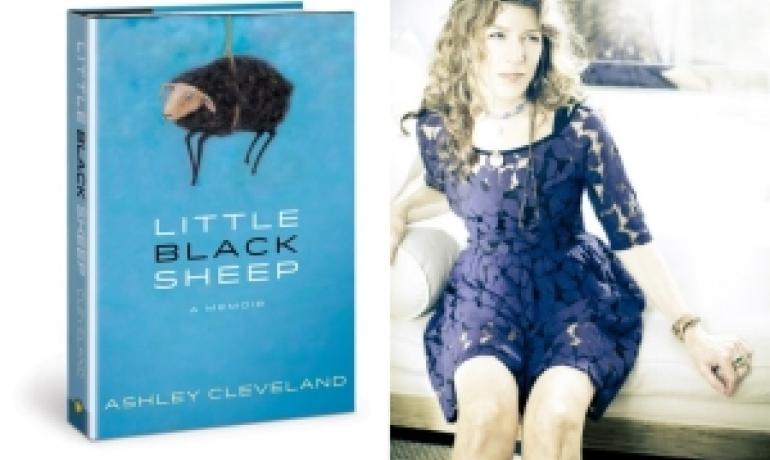 Multiple GRAMMY Award-winning singer, songwriter Ashley Cleveland shares her personal story of pain, music and beauty that shines through brokenness in her first self-penned book, Little Black Sheep, A Memoir releasing in September from David C Cook. A true story of life on stage and on the streets from the back rooms of Nashville to the churches and clubs of the San Francisco Bay area, Little Black Sheep invites readers to see how their own deepest pain might just be a place of hope.

“Gradually and reluctantly with a great deal of hemming, hawing and complaining, I surrendered to telling my tale,” shares Cleveland. “This is the story of the groundwork that paved the way to my faith. It is not an easy story to tell.”

Sharing her deeply engaging story with an original, authentic voice that is equal parts humor and pathos, Cleveland was born into a Knoxville, TN family fraught with conflict, yet poised to keep up its seamless appearances despite alcoholism, homosexuality, divorce, displacement and a slavish devotion to performance. She took the rough road of rebellion into her own addiction and self-destruction. If there was trouble, near or far, she found it. In the midst of the chaos she discovered music, something she had a natural gift for and the one thing that engendered a positive response from others. She continued on, precariously attempting to balance a desire for a career as a recording artist with a growing and consuming addiction, increasingly catastrophic behavior and an absence of any foundation or understanding of a merciful, loving God.

Interrupted by an unplanned, unmarried and unwanted pregnancy that ultimately becomes the starting point of faith and a life of substance and value, Cleveland encounters the transforming power of the Living God who is abundantly forgiving, tenderhearted and relentlessly faithful to her. Little by little, her life is ultimately rebuilt, taking all the devastation in her wake and using it as a platform of experience to bring hope and courage to others. Along the way she finds sobriety, a long, devoted marriage and family, as well as success in her musical career.

“I have emerged from my own isolation to find that I love belonging to the body of Christ, to the program of AA, to the human community,” writes Cleveland in her book. “I have been invited in from the margins, not as a guest artist, but as a family member.”

(From the song “Little Black Sheep” by Ashley Cleveland)