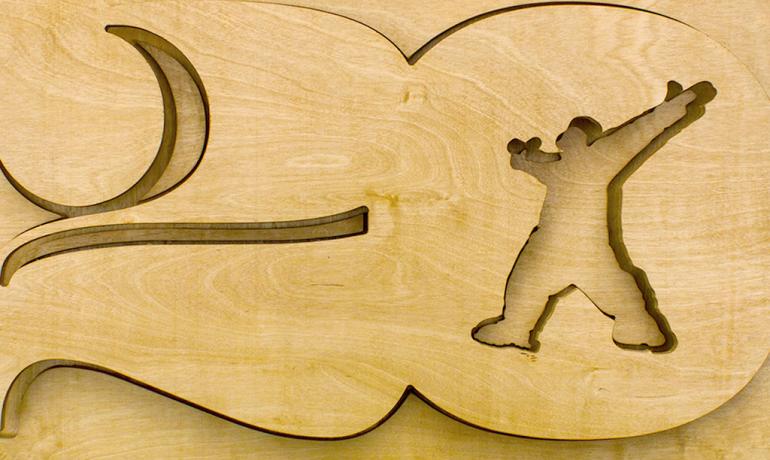 To celebrate this special anniversary Gotee is releasing a special compilation album titled Gotee Records: Twenty Years Brand New on June 17. The project will feature new recordings from their current artist roster along with Gotee alumni performing each other's songs. The full project will be available at all digital outlets and as a limited edition CD version.

Twenty years can feel like a lifetime, but when it's filled with creation, dreams being fulfilled, new friends being made, character defining moments, memories catalogued, hopes being shared, potential being realized, family trees growing, and prayers being answered (not always the way one hopes), it all happens in the blink of an eye," reflects Gotee President and co-founder Joey Elwood. "You can't script a life lived in community with people you didn't know would ever be a part of it. That's the wonder of it all. That's the humbling moment when you are thankful that you didn't have the authority you thought you had. If your hands were on it any more then they were it couldn't have turned out to be such a beautiful mess. I think I'm suppose to brag a little in this quote, but experience has taught me to know better. If I'm gonna boast, it's gonna be in the people who sacrificed so much to contribute to our "mess." We were called into a community that hopefully leaves a legacy that goes beyond any song written, any image projected, and any concert memory made. 20 years of music is not worth celebrating unless it's accompanied by 20 years of surrender. If it's 'our' story it has little to no power. If it's HIS story then let the party begin."

Leading up to the June 17 release, Gotee is debuting two singles exclusively at iTunes today. The first, Out of Eden performing "Constant," was originally recorded by House of Heroes, and the second is Capital Kings' version of "Ooh Ahh" (feat. John Reuben), which was inititally recorded by GRITS featuring tobyMac. Click here to purchase "Constant," and here for "Ooh Ahh." You can also choose between pre-order options of the limited edition CD version today at gotee.com/store.

Out of Eden shares, "We had an incredible time reuniting in the studio for the first time in eight years to celebrate Gotee Records and all the artists that have been a part of the Gotee family for the past 20 years! We really enjoyed the song ”Constant” and wanted to give it an Out of Eden spin while staying true to the House of Heroes original. It was an amazing experience working with producer Christopher Stevens and watching him create such a unique track around our vocals and bringing an interesting perspective to the song. Congrats to Gotee Records for an incredible 20 years!"