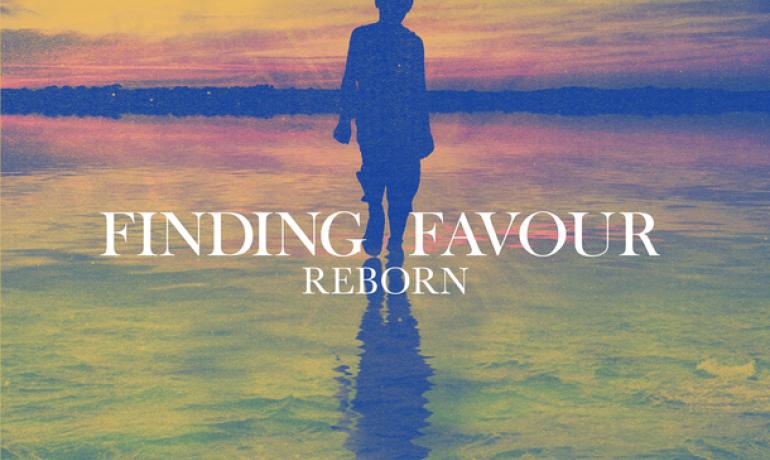 Nashville, Tenn. - Gotee Record’s Finding Favour, is scheduled to release their first full album, Reborn, June 23, 2015. Produced by Casey Brown (Love & the Outcome, All Things New), the new project shows the maturity and growth of Finding Favour since they first signed with Gotee Records in 2012. Reborn features 10 new songs that were co-written by the group, along with a reprise of their Top 25 National Christian Audience chart hit, “Say Amen.” The first radio single from the album is the anthem ballad, “Cast My Cares,” that is currently going for adds at AC and Hot AC/CHR radio, but receiving early airplay at KLJY-JoyFM/St. Louis, WVFJ- JoyFM/Atlanta, WCIE-JoyFM/Tampa, FL and PulseFM/South Bend, IN.

For those fans who can’t wait to hear the new record, pre-orders for Reborn will also begin today on iTunes (http://itun.es/us/t75v6). Every person who makes an early purchase of the album will receive three songs instantly from the project, “Refuge,” the title track “Reborn,” and “Cast My Cares.” Those songs are also available today at all other digital outlets. Lyric videos for the songs "Refuge,” and the title track can be viewed at www.findingfavour.com.

Finding Favour fans are being treated to early performances of the new music as the band is featured on the current 42-city Newsboys We Believe God’s Not Dead Tour that started in February and ends May 9, 2015. The band will unveil some of the new songs on an upcoming appearance for LeSea Broadcasting’s Live From Studio B.