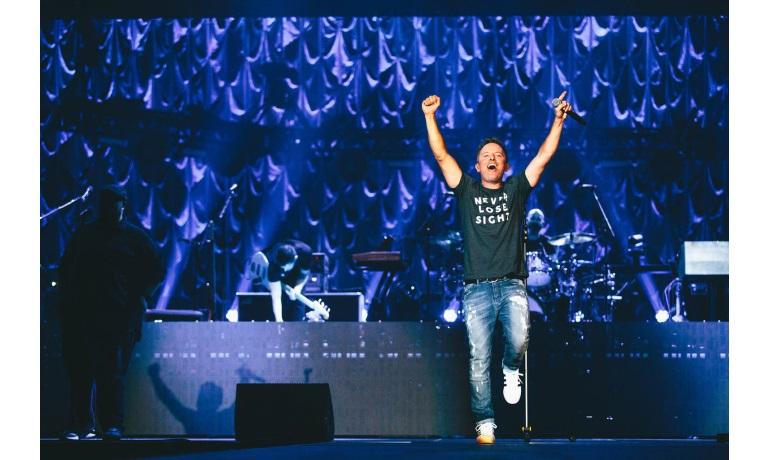 Nashville, Tenn.: GRAMMY® winner Chris Tomlin brought the church together in unity and prayer throughout this spring with his Worship Night In America tour. Featuring Chris Tomlin, Big Daddy Weave, Phil Wickham and Zach Williams, the tour made 23 stops across the US, selling out arenas in major markets including Phoenix, Portland, Kansas City, and Seattle, while making history in Nashville as the largest ticketed Christian concert at Bridgestone Arena.

"It took a dedicated team to make it all happen, and it was one of the most incredible and powerful things to watch all streams of the church come together in an act of unity to worship and pray as we toured across the U.S.," Tomlin said. "These nights have been filled with revival and restoration as we all joined together proclaiming one name."

Each night during the tour Tomlin gave away a Taylor Guitar to a local, young worship leader, creating a unifying and exciting moment for the crowd as he spoke about his early years starting out in worship music and encouraging them to lean in to God's calling on their heart.

The Worship Night in America tour followed a series of Worship Night In America events over the last two years including sold out shows at Madison Square Garden, Red Rocks and other iconic venues.

The Worship Night in America tour was exclusively produced by Awakening Events, presented by K-LOVE and Air1 and sponsored by Food for the Hungry.