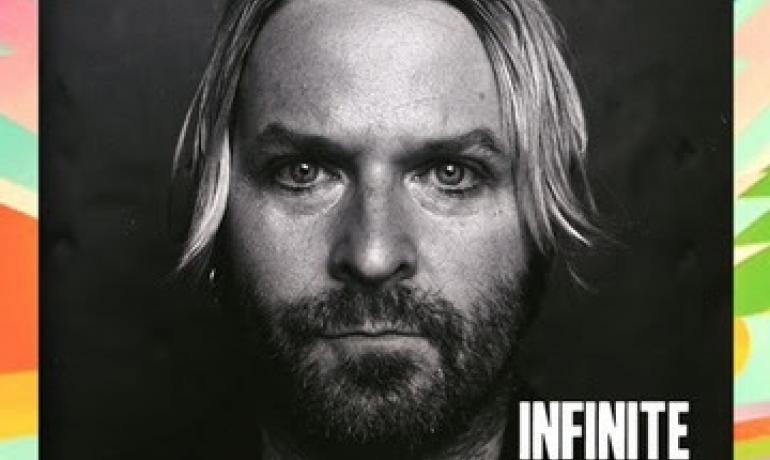 "Watching Kevin lean into his faith and watching his kind way with people has been deeply inspiring.  Kevin is full of vision, passion, and enthusiasm. His determination to create beauty with words and melodies for the sake of the kingdom will bless and encourage those of us searching for the fingerprints of God."  - Jamie George, Pastor of The Journey in Franklin, TN and author of Love Well.

In the early 1990's I had the privilege of meeting the members of a band from Kentucky Christian College called A180. Before long they changed their name to Audio Adrenaline, signed to Forefront Records and began to tour and make music from their new home base of Nashville, Tenn. I remember those days fondly as I sang on one of their first breakout albums called Don't Censor Me and appeared in their video 'AKA Public Schools.' We toured together on the Jesus Freak and Bloom records, which became one of the largest grossing tours of both our careers. To say we have made memories together would be an understatement. I loved the guys in Audio Adrenaline because they stood for the misfit and the underdog. I was a misfit and an underdog, even before joining dc Talk, and I could identify with their quirky brand of rock-and-roll and pop music. When dc Talk dissolved because of an interest to pursue solo careers, I never imagined I would find myself back with these brothers, literally, making music as Audio Adrenaline. The past two years have been an epic pursuit of music, missions and bringing hope to the 'least of these.' Being zoomed in close to Mark Stuart's vision with Hands and Feet, and seeing first hand the work that was being done in Jacmel, Haiti, has given me a broader picture of what a rock-and-roll band could accomplish for the kingdom. It was beyond a joy to film a video in Haiti, and see the single 'Kings and Queens' capture a small glimpse into the lives of these beautiful children. It has been an honor to create an album with Mark and a handful of like-minded musicians, and tour this album for the last couple of years. Our friendships and bonds have strengthened beyond music, and the door that God opened for me to step through became a much bigger portal to finding myself. I am learning the difference between performing for God and serving Him through the gift of music.

When I was informed that Audio Adrenaline was moving forward into more of a 'Worship Music' direction, I had initial feelings of confusion and doubts. However, I truly believe that whatever the band decides to do, they will have meaning in God's kingdom as they are men with pure hearts. I had to be honest with myself accepting that my calling was not in this specific form. God has wired me as an artist and given me a desire to create music in many different genres. I move forward now to be a steward of what He has given me, and through faith I am believing He has lead me again to a career in solo music. I support and stand behind my former bandmates and consider myself an ally and a friend both personally and musically.

As many of you know, I have spent a prior decade in solo music. After dc Talk, I went through a period of finding myself and learning the hard way that without a team around me, left to my own devices, I could easily get lost in myself. Lost in my own ego, God found me and broke me of my pride. He then brought me back to Nashville. I have spent the last two years being refined and restored. I feel revitalized. I am excited about what is around the corner for my family, friends and the music that God continues to gift us with. I have no desire to run from Nashville. I have no desire to run from what I have continued to pursue in the Christian Arts. If anything, I feel that these last two years have given me the tools and desire to make the best art I can within this industry. One of the first dc Talk monikers was 'if it's Christian, it ought to be better.' That is my new goal and again more than ever, a slogan in my life. I, Kevin Max, promise to dive deep into music, poetry, stories and imagination, but most of all into the web of wonderful relationships and people that God has brought into my life on this amazing journey of the soul.

I am proud to announce the lead single from my upcoming album 'Broken Temples.' It is a song about the beauty, mystery and perfection that is our God-it is called 'INFINITE.' Click on the link to hear a full streaming version, it will be available on iTunes on June 10.
https://www.youtube.com/watch?v=7ElYjeZBKhk&list=HL1401837479&feature=mh_lolz