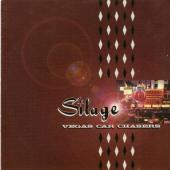 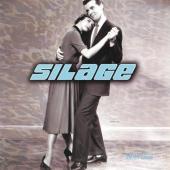 Silage was a Christian alternative band formed in the 1990s out of Grass Valley, California. Silage produced two albums, Watusi and Vegas Car Chasers on Sub•Lime Records and their parent Essential Records, respectively. The band's lineup for Watusi consisted of Damian Horne, Lance Black, and Shane Black (brothers). Chuck Cummings joined the band before the release of Vegas Car Chasers and stayed on until the eventual demise of the band. The band was known for their quirky but spiritually relevant lyrics and their constant mix of musical styles.

Release history
Silage produced a few independent albums before being signed to Sub*Lime Records, including "Holy Cow Food! Bagman!" in 1996 on the Sonfish Records imprint (featuring partial vocals and bass by A-F Records recording artist Ean Elliot), Liquid Spatula. Silage's first album, Watusi (1997) saw a slightly immature blend of ska, punk and hip-hop heralded mostly by the Christian underground punk scene, though songs such as "My Car Makes Me Sin," which is about traffic in Southern California, rose above the general melee. For their next release, Silage modified their sound to bring pop and hip-hop influences to the fore. This new sound produced their more successful album, Vegas Car Chasers (1998). The most notable songs from this album are "Billboards," which garnered the #6 spot on Christian music charts in 1998; and "Verb," which was graced by the rap stylings of Knowdaverbs, and achieved #7 on the same chart the next year.

The Demise of Silage
In the wake of Vegas Car Chasers, the buzz and anticipation for Silage was impressive, though it seems the band was not able to survive the hype. Following unrealized rumors of a name change, Silage disbanded in 1999, for undisclosed reasons. While this came as a blow to the increasing fan base of Silage, hope was offered in the form of the band Parkway, also on Essential Records, and consisting of Damian Horne and Lance Black, two members of the former band Silage. While on the surface it seemed that Parkway had all the elements loved in Silage (a guest rapper, KJ-52 on "Need Someone" and even guest vocals from Jars of Clay's Dan Haseltine on the successful "Your Love Surrounds Me"), yet the album, Glad You Made It and the new band did not fulfill the eager expectations Silage fans brought with them, as reflected in Parkway's short-lived career.