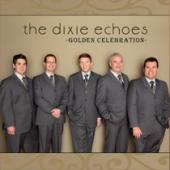 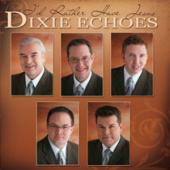 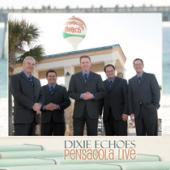 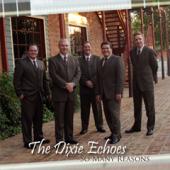 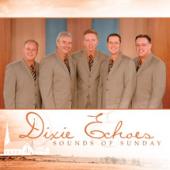 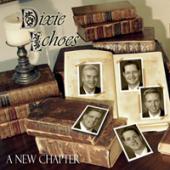 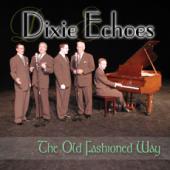 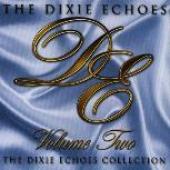 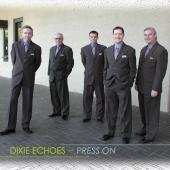 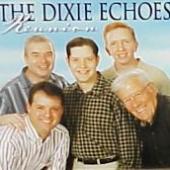 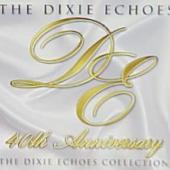 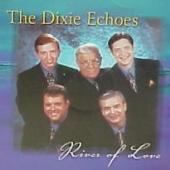 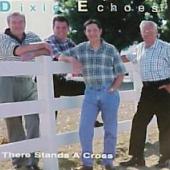 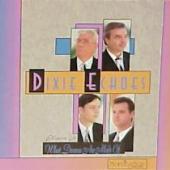 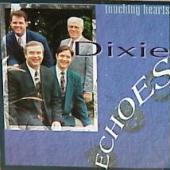 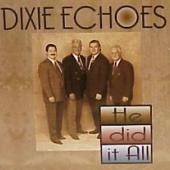 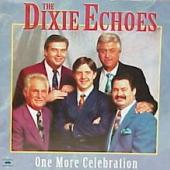 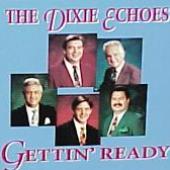 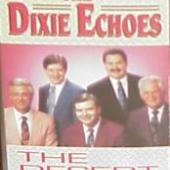 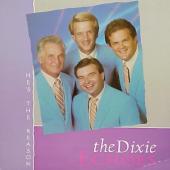 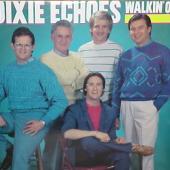 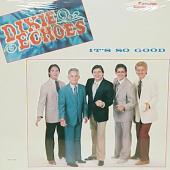 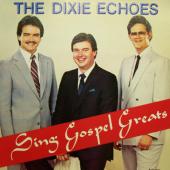 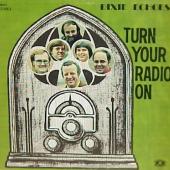 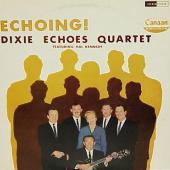 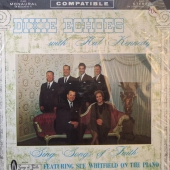 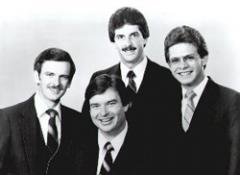 The Dixie Echoes are a Southern Gospel quartet based in Pensacola, FL.

They got their start in 1960 by JG Whitfield. Whitfield, only just a couple of years earlier, had yielded his bass singing role of the Florida Boys to spend more time at home. But as the country entered the first year of the '60s, the desire to sing lured Whitfield to form another quartet that he named The Messengers. In 1962, J.G. renamed the group to The Dixie Echoes Quartet. It was in 1963 that the Dixie Echoes truly began to journey down the path that would carve their place in Southern Gospel history.

An exciting young lead singer put his clothes in the Dixie Echoes' bus closets for the first time and at that point, the name "Shelnut" and the term "Dixie Echoes" became synonymous. "I guess most everyone would agree that Dale Shelnut, my dad, gave the Dixie Echoes a little excitement," son Randy fondly recalls. "He definitely was the audience's focal point when the group was on stage. He was always into something. But it was more than just his antics. He could sing - and I mean, really sing. He hit notes that I'd be happy just to get close to. If he was in the mood to do it, he could sing just as strong and as high as most tenors and then turn around and drag the bottom with bass notes. Plus, it wasn't just what he could do vocally," Randy continues, "It was what he could do with a song. He could have a whole audience in tears when he'd sing a tender ballad like 'My Real Home Is Up There On High' and then tear the place apart with a spiritual like 'Trouble In My Way.' In Dad, I guess, the Dixie Echoes had a group within a group. And because of that, when people thought of the Dixie Echoes, they thought of Dale Shelnut - and vice versa." So natural was this name-association that hardly anyone was surprised when the announcement came in 1972 that Dale Shelnut was the new owner of the Dixie Echoes. "JG had retired - again - in 1966 to concentrate on his concert promotions and his new venture (something called Singing News)," Randy goes on. "So, he turned everything over to his brother Joe and Joe's wife, Sue, who had been with the group since day one. "In late 1970, the Whitfields decided to come off the road and instead of being absentee-owners, they sold the group to Dad.

Then, because half of the group was retiring, Dad set to work replacing singers and pickers. "One of the first persons to be directly affected by the new owner's management decisions was the owner's oldest son. "I was already playing bass guitar for the group before Dad took over and every now and then, they'd let me sing a 'special' during our concerts," says Randy. "Well, now that we had a need for a baritone singer - that's the part Joe Whitfield sang - I think Dad decided that he might as well get 'two for the price of one,'" Randy laughs as he continues. "I've always wondered if I got the job because he liked my singing or because he didn't have to pay another salary!" Whatever the case may have been, Dale and Randy together carried the Dixie Echoes' tradition for tremendous quartet singing for the next eleven years. "There was a time, too, in the late '70s and very early '80s, that we had another Shelnut on the bus," says Randy. "My brother Andrew sang tenor for us for a few years, so everywhere you turned, you saw a Shelnut. Randy Allred (son of the Florida Boys' Glen Allred) sang bass for us during that time and I can remember many people coming up to the record table before a concert wanting to know if he was a Shelnut, too."

On May 11, 1983, the Dixie Echoes and the entire Southern Gospel Music world felt a gigantic loss when Dale died after suffering a massive heart attack. "Frankly," admits Randy, "I believe a lot of people wrote the Dixie Echoes off when they found out Dad had died. And in a way, I understand why. He was such a key part of what we were - no, he was the key part - and there was no way anyone could take his place. "But time had a surprise for those who had thought the Dixie Echoes' days were over. "In my heart, I just knew that Dad would want me to keep the Dixie Echoes on the road singing Gospel Music. In fact, I believe he would have fully expected me to do that." And that's exactly what Randy Shelnut has done. With the exception of the first two years following Dale's passing spent as a trio, the Dixie Echoes have continued a quartet tradition that JG Whitfield started out of restlessness. And now, as the quartet is getting ever closer to its 50th anniversary, Randy feels that the Dixie Echoes are just now really beginning to hit their stride after the heartbreaking setback of 1983. "We've had some tremendously talented people in the group since then," Randy reflects, "but I think that if you'll consider the complete overall package, the current line-up of Dixie Echoes is one of the best ever. It's the mesh of talent, personalities and things like the quality songs that makes us a strong team."

Websites:
Website: DixieEchoes.com
Facebook: DixieEchoes
External links are provided for reference purposes. Christian Music Archive is not responsible for the content of external internet sites.
Created by: admin on 26-July-2010 - Last Edited by admin on 07-January-2016