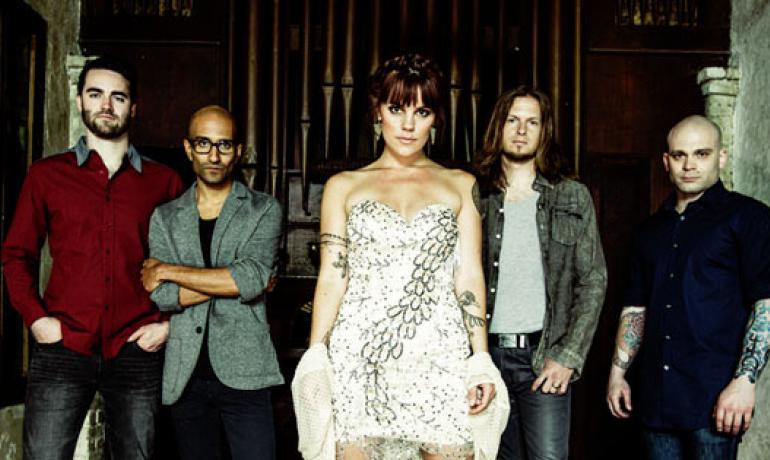 Rock band Flyleaf transitioned to a new vocalist a few years ago after the exit of original front woman, Lacey Sturm, inviting Kristen May to wield the mic. The band then released an EP and a full-length album with May on vocals, but more recently took a hiatus due to the singer giving birth to her first child. In a Facebook announcement video this week, May informed fans that she has officially left the band.

In the video, Kristen addresses fans' questions about her status with Flyleaf, stating, "Now is the time that I unfortunately have to say 'goodbye' to Flyleaf. It's sad to say that because so many of you fans have accepted me with open arms and loved me..." She continues, "if you were a fan of what I have done with Flyleaf, I just wanted to say 'thank you so much and much love to you!'"

May continues on to cite her reasons for leaving, including, understandably, wanting to be the best mom she could be to her son, and to take some time off from the road from touring so much. She also adds that she never really felt like an official part of the Flyleaf team since she replaced Sturm, but offers fans hope that she will be making music again in the future, but probably not with the Flyleaf.

The future of Flyleaf is currently in question, while rumors have it the band is, at least for now, disbanded.

To view Kristen's full announcement video, check it out below: