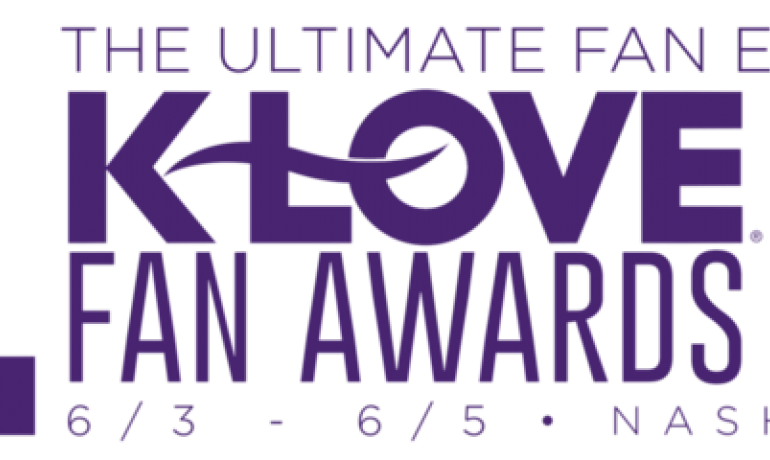 Nashville, Tenn.: Today, K-LOVE revealed the nominees for the 2016 K-LOVE Fan Awards on their official Facebook page. Nominations were unveiled through video messages, every hour, to over two million followers. K-LOVE will bring the fourth annual K-LOVE Fan Awards to the Grand Ole Opry House in Nashville live on June 5. Immediately opening to fans everywhere, voting will remain available to the public until May 31, at midnight EST. Every person who votes for the 2016 K-LOVE Fan Awards will be entered into a contest to win an all-expenses-paid trip to Washington D.C. for the Grand Opening of Museum of the Bible in November 2017. To vote for your favorite nominees, visit klovefanawards.com/vote.

Elisabeth Hasselbeck and Matthew West are set to host the event, the only fan-voted award show in the industry. Sponsored by Coca-Cola Consolidated, the Regional EMMY® winning awards show will kick off with the Ultimate Experience Weekend on Friday, June 3.

For the latest updates on the 2016 K-LOVE Fan Awards, visit klovefanawards.com.

About The K-LOVE Fan Awards:
The K-LOVE Fan Awards mission is to create a fan experience that celebrates and promotes artists, athletes, authors and entertainers who, with excellence, engage and impact popular culture for Jesus Christ. This year’s show will include co-hosts Elisabeth Hasselbeck and Matthew West. Coca-Cola Consolidated will be a presenting sponsor for The 2016 K-LOVE Fan Awards. Other sponsors for the event include Museum of the Bible, World Hope, Sports Spectrum, With Open Eyes, Trevecca Nazarene University and LabeLive. Previous hosts for The K-LOVE Fan Awards include Phil & Kay Robertson and Jase & Missy Robertson from A&E TV’s popular show “Duck Dynasty,” Candace Cameron Bure and Kirk Cameron. For more information visit www.KLOVEFanAwards.com. The K-LOVE Fan Awards is a regional EMMY® (2016) winning John Sanders LLC/World Hope Event.