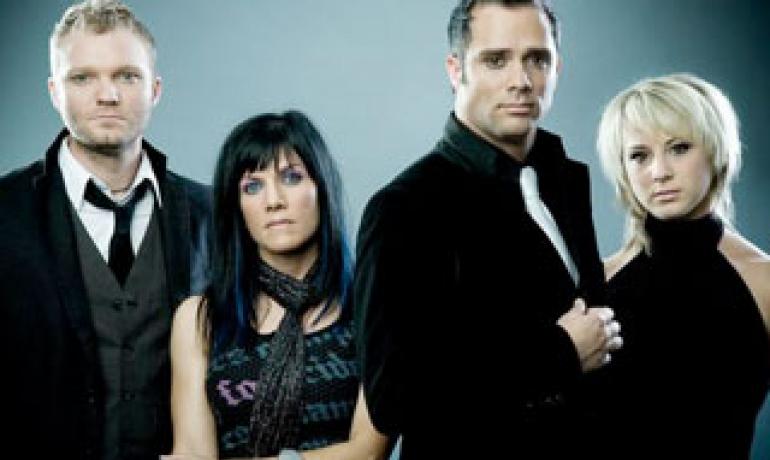 NASHVILLE, TN - With current scans over 840,000 units and the RIAA Gold certification of three singles, two-time Grammy® nominated alternative rockers Skillet have now scored their 4th consecutive top 10 mainstream active rock hit with "It's Not Me It's You." Following in the footsteps of their #1 Active Rock and Christian Rock single "Awake & Alive," as well as hits "Monster" and "Hero," this success continues to further cement the band as a top rock act in both the Christian and mainstream markets.

The band was informed of this latest hit on a day off from their fall "Awake & Alive Tour," which is packing in crowds across the country before they head overseas for their first tour of Russia, Germany, Finland, Norway and the Ukraine. With ticket going fast for two back-to-back shows in Moscow, dates were added in St. Petersburg and Kalingrad.

Also on their day off the band participated in the official launch of the Winter Jam 2012 Tour Spectacular where it was announced that they will lead the annual events' all-star line up. The 47-city tour will kick-off its 17th year January 6th in Charleston, West Virginia, with slated stops at Philips Arena in Atlanta; Dallas' American Airlines Center; the Sprint Center in Kansas City, Missouri and more before concluding April 1st at Van Andel Arena in Grand Rapids, Michigan.