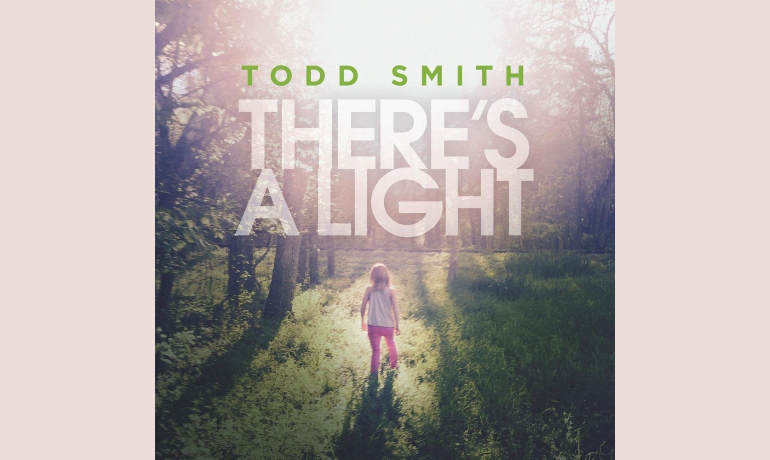 Highlights of the 11-song project include the title-cut and first single, "There's A Light"; “Jesus Is,” written while Smith’s father was battling Leukemia last year; “Right Where I Belong,” featuring Dove Award-winning singer/songwriter Ellie Holcomb; and “Calling All Fathers,” a deeply personal anthem encouraging dads to embrace their God-given roles with accountability and confidence. The lyric video for "Calling All Fathers" released earlier this summer and quickly connected with fans, receiving more than 300,000 views on Facebook alone following its debut.

“This song was written to challenge me more than anything," Smith, a father of five, says of the inspiration behind “Calling All Fathers.” "The world would change dramatically if fathers would simply step into the roles and responsibilities to which they’ve been called.”

In addition, There’s A Light showcases two tracks devoted to the plight of the persecuted Church around the world. “Dmitri’s Song (Jesus Is Alive)," penned by Smith and Ed Cash, recounts the true story of a Russian pastor imprisoned for his faith for 17 years. Smith is slated to perform the song during a special segment following the one-night showing of THE INSANITY OF GOD with DAVID PLATT August 30 in more than 500 theaters around the country.

“Four years ago, I was asked to write music for a documentary based on the book, The Insanity of God, by Nik Ripkin,” Smith says. “It lit a fire in me to care about a group of people I had never given much thought to before. One of the greatest ways we can support our persecuted brothers and sisters is by standing together and sharing the Gospel with our neighbors.”

Todd Smith is a singer/songwriter and founding member of Selah, one of Christian music’s most beloved groups. Their nearly two-decade career boasts total sales surpassing 4 million album and single units combined; eight Gospel Music Association Dove Awards; and eight #1 singles. Selah’s hits include such signature songs as “You Raise Me Up,” “Wonderful, Merciful Savior” and “Press On.” Smith is married to best-selling author and speaker Angie Smith.