Remedy Drive bridges past to present with "Hope's Not Giving Up" 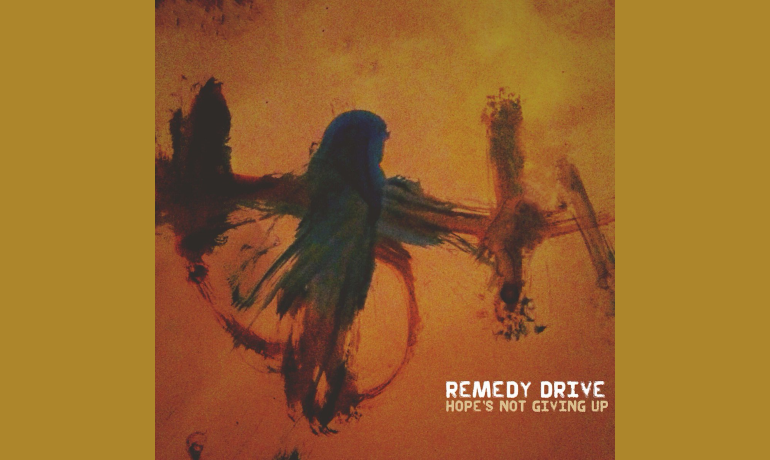 Featuring new arrangements of the band’s signature rock anthems, all written or co-written by David Zach, Hope’s Not Giving Up includes “Statues” and “Come Up” from Rip Open The Skies; “Hope,” “All Along,” and “Daylight” (featured in the film “The Perfect Summer”) from Daylight Is Coming; “Better Than Life,” “Crystal Sea,” and “Resuscitate” from Resuscitate; and “Guide You Home” from Daylight Is Coming – Expanded Version. The album also introduces a previously unreleased track, “Jack’s Song,” penned by Zach and Steve Wilson.

“I’m excited that the new recordings of these songs will continue to be the soundtrack of hope in our lives, especially at a time when hope is scarce,” said David Zach. “Hope continues to dig through the rubble of broken dreams and lost opportunity. Hope whispers in the debris of war and exile, ‘don’t give up.’ We still need a renewed hope at 110 dB in 2016 and that’s what I want this album to be.”

Comprised of founder and lead vocalist David Zach and bassist Corey Horn, Remedy Drive has garnered 10 Top 20 singles and released 10 critically acclaimed recordings since their inception in 1998. The band’s 2014 recording, Commodity, was inspired by their ongoing commitment to fight human trafficking. The project’s title cut remained atop national Christian rock charts for seven weeks. Music from Remedy Drive has been utilized on NBC, SpeedTV and VH1, and the band was featured earlier this summer in Middle Tennessee Hyundai Dealers’ “Music That Drives” promotion.