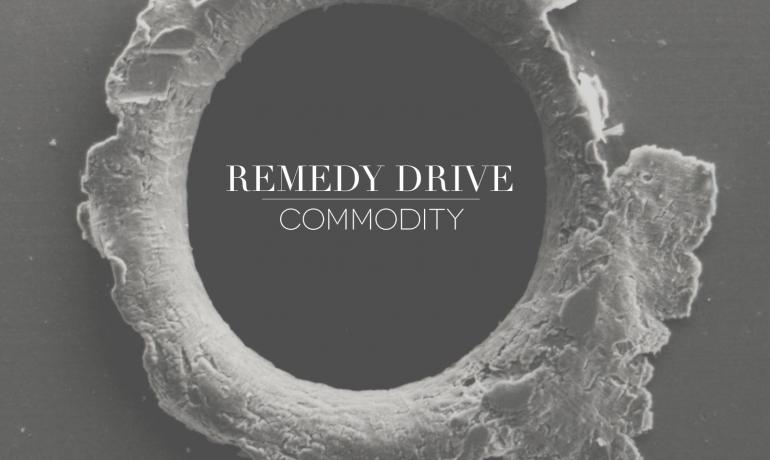 Inspired by David Zach’s trips to Southeast Asia working alongside The Exodus Road—a nonprofit coalition fighting sex slavery through covert investigation and rescue—additional highlights of Commodity include “Dear Life,” “Take Cover,” “Love Is Our Weapon,” and “When A Soul’s Set Free,” among others.

“This album is dedicated to the children being taken against their will and forced to fight as child soldiers or to sell their bodies in the red light districts around the world,” says David Zach. “It’s also dedicated to the undercover operatives of The Exodus Road and the growing number of ordinary people who are joining forces to combat the sale of human beings. We hope these songs of freedom will add to the soundtrack of the resistance.”

Comprised of founder and lead vocalist David Zach, along with guitarist Dave Mohr, bassist Corey Horn, and drummer Tim Buell, Remedy Drive has garnered 10 Top 20 singles and released nine critically-acclaimed recordings since its inception in 1998. “Resuscitate Me,” from the band’s 2012 release, Resuscitate, spent five weeks atop the Christian Rock chart and was nominated for a 2013 GMA Dove Award for Rock Song of the Year. In addition, “Daylight” was featured in the recent motion picture “The Perfect Summer,” while music from Remedy Drive has been utilized on NBC, SpeedTV and VH1. The band has toured with such artists as MercyMe, David Crowder Band, Family Force 5 and The Digital Age, among others.