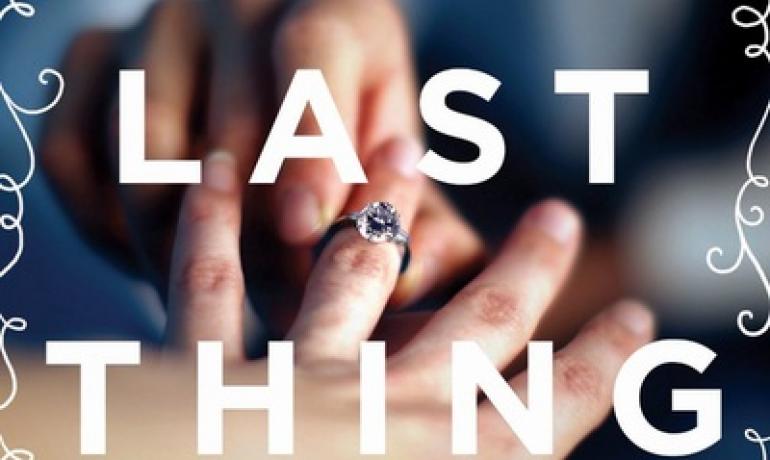 Long an outspoken media voice for' faith and values' issues, St, James is talking this week about her own just released new book, hitting bookshelves this week.

The book, One Last Thing, brings readers another view of pornography-this one the fictional recount of a young couple whose relationship is tragically shattered by hidden addiction.

"There is no 'grey 'area," noted St. James in a recent interview. "Pornography is an issue that unfortunately ultimately ends up bringing abuse of women into an arena of being more openly acceptable. By calling it what it is, we know that pornography is an abuse of women that causes them to be objectified and often leads to violence in real life. Unfortunately, films like Fifty Shades of Grey bring abuse out of the shadows and make it seem normal or even desirable and intriguing, creating even more of a lure in today's culture."

She feels that her teaming with co-author Nancy Rue on the new book offers inspirational content that will encourage and empower readers to handle the real life challenges of pornography that are daily at hand.

"When I found I had an opportunity to collaborate on a series of Christian books with a writer of the caliber of Nancy Rue, I really had the vision for us to create a series of books promoting topics that are culturally relevant," she notes. " I think sometimes when you broach topics such as self-abuse, abortion and pornography,as we individually have on the three books we've worked on together, you realize that a lot of people need practical emotional and spiritiual help in these areas. The books are written as fiction but are filled with truth on how to handle tough issues in life in self-affirming ways that are positive and empowering."

Rebecca is particularly hopeful One Last Thing will shine light in the dark recesses of pornography. She notes: "This book has a very compelling quality that I think will draw readers with both the reality and courage needed to handle the real life challenges of hidden addiction through God's lens of love and redemptive values."

One Last Thing releases nationally on March 10 in paperback from Thomas Nelson and is now available in bookstores and through online book retailers.