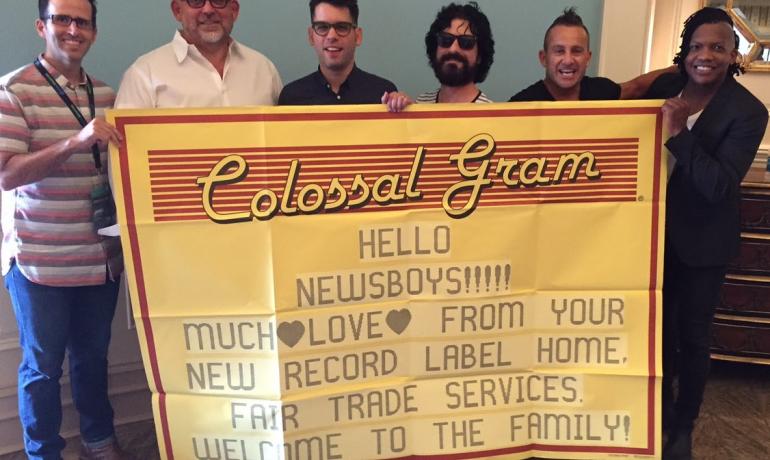 NASHVILLE, Tenn.—Platinum®-selling, Dove Award-winning Newsboys are celebrating their signing of an exclusive recording agreement with FairTrade Services. The band is currently in the studio working on their highly anticipated FairTrade Services debut, slated to release next March.

“It’s great to be reunited with Wes Campbell and the Newsboys again,” said Jeff Moseley, president/founder, FairTrade Services. “Our association goes back a long way and I am excited to be working alongside this iconic band and team again. The music is fantastic and we are working diligently on a promotion plan that will match the outstanding music.”

"The Newsboys have had a long relationship with Jeff Moseley and his team,” said Wes Campbell, president/founder, First Company Management. "FairTrade's commitment to the artist, their passion for helping challenge artists’ musical talents and creativity, and their out-of-the-box marketing and distribution concepts are exciting to us, and we look forward to continuing to push the envelope together for many years to come."