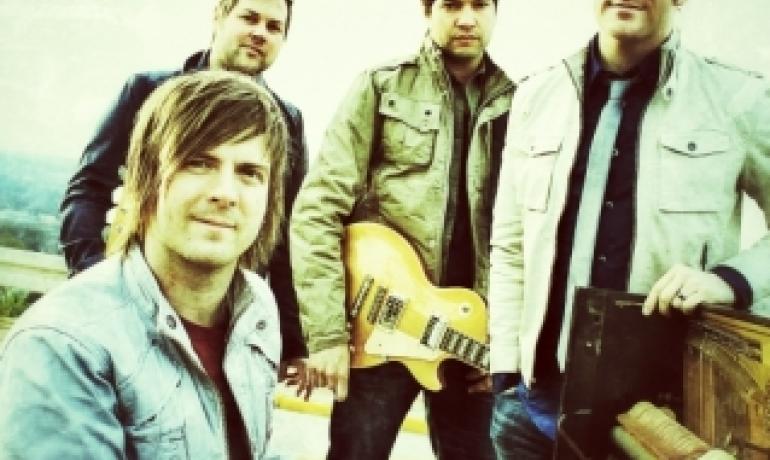 Nashville, Tenn., March 20, 2012: Fans looking for an early preview of new music from chart-topping foursome The Afters will have their chance later this month as the band’s song “Life Is Beautiful” is featured in the upcoming feature film October Baby.

Releasing nationwide on March 23 via Provident Films, the movie’s closing credits play to “Life Is Beautiful,” a newly penned song from the band’s forthcoming Fall 2012 studio album. Before the movie hits theaters, however, the music video for the song, which also features footage from the film, is available to view online at TheAfters.com. GodTube exclusively premiered the video for "Life Is Beautiful" on their site yesterday, and the video received over 30,000 views within the first 24 hours.

“It's an honor to be able to partner with a movie that promotes love, acceptance, forgiveness, and mercy in such a poignant and effective way,” says lead singer Josh Havens. “We hope that the song and the movie remind people of all the things that make every life beautiful!”

Already having had their music placed in TV promotions for “The Biggest Loser,” “Army Wives” and “You Deserve It,” as well as in the trailer for last year’s feature film New Year’s Eve, The Afters are no strangers to their music receiving national film and television exposure. The band’s third record Light Up the Sky bolstered two No. 1 radio hits—“Light Up The Sky" and "Lift Me Up." The Afters’ current singles include the Top 5 Billboard Christian CHR song “We Won’t Give Up" and the newly released AC single “I Am Yours.”

October Baby—premiering nationwide March 23—marks the feature film debut of award-winning music video directors Jon and Andrew Erwin. It tells the story of Hannah, a 19-year-old college freshman whose world is rocked by learning she is the adopted survivor of an attempted abortion. The realization leads Hannah on a journey to find her birth mother, but it is the power of forgiveness she ultimately discovers. The film earned the Grand Jury Prize for Best Fiction Feature at the Red Rock Film Festival and was named Audience Choice Feature Film at the Omaha Film Festival. In support of the film’s life-affirming theme, the producers of October Baby have assigned 10 percent of the profits of the film to the Every Life is Beautiful Fund. More information can be found at www.EveryLifeIsBeautiful.com. Visit the film’s official website at www.OctoberBabyMovie.net