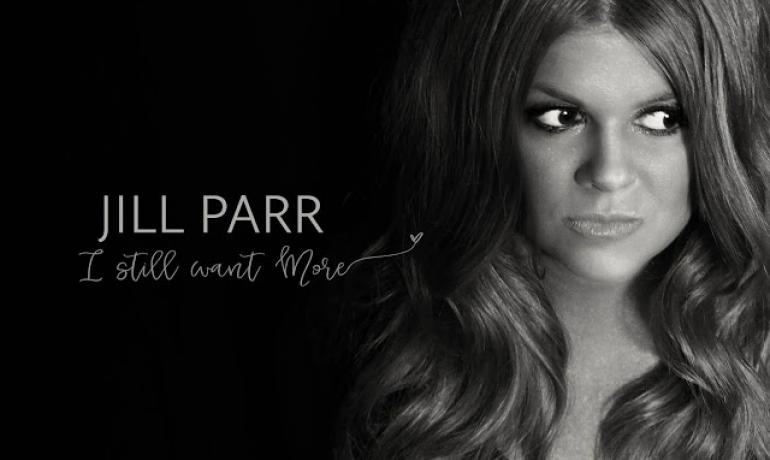 Nashville, Tennessee: After a 10 year hiatus, Christian recording artist Jill Parr has reemerged with her new album, I Still Want More. The album was quietly released on June 3rd and immediately debuted at #1 on iTunes (Christian & Gospel Top Albums Chart).

I Still Want More is Parr’s fourth full-length album, her first to be released via dailyaudiobible.com—the ministry founded by she and her husband, and her first release since 2006. “My story is a dime a dozen here,” says Parr. “3 different albums, 3 different labels and each label either went bankrupt, or fell apart shortly after I released my work.”

But this time, she’s in full control. “I wanted to make this record exactly as I wanted it to be and have it say exactly what I wanted to say with just me and the guy I married who gets it. I've heard it all. I'm too old, I'm not thin enough, shouldn't talk about being a mom and blah, blah, yada, yada. I just don’t care anymore and I love my kids too much to leave them out of this. My husband and I make honest music together because that's who we are. I write how I feel and what I've learned and what I hope to learn. I write about love and faith and losing faith and of never giving up. I’ve been lost along the way but I’ve found in losing myself I have been found.”

Produced by Parr’s husband, veteran record producer/label executive and Daily Audio Bible founder Brian Hardin, the album’s 13 tracks have the honest authenticity that her fans expect. Parr and Hardin wrote or co-wrote on 8 of the album’s 13 tracks, which also includes a cover of the Russ Taff/The Call hit, “I Still Believe.”

During her recording break, Parr has continued to speak to women at conferences, through social media and at Daily Audio Bible events around the world. She’s also currently writing her first book.