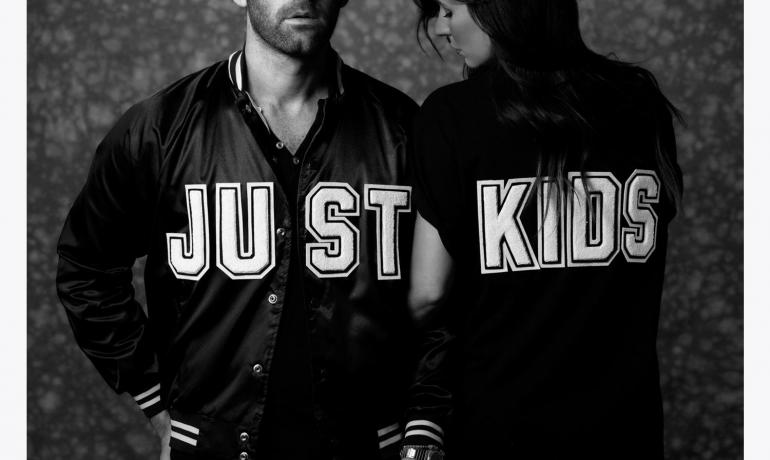 It has been awhile since I put out an album. Sometimes you have to wonder a little bit to find songs that really resonated with you and come from your heart – and not just trying to write songs that complete a record.  I also started producing a lot more, so I was working a lot by myself, with a laptop, backstage at a show, or sometimes I would invite friends over to my house and we would record at my home studio.  So a lot of it was me, growing as an artist and as a producer.

This album has a more distinct pop/electronic sound than your past albums. Is that a part of your growth or do you just like being “pop like”?

I think I have always made really beat-driven pop-rock records. I was really exploring a lot of 90s music and music I grew up on. I enjoy changing; I think it’s more fun to try something different than to just do what you did last time.  As an artist, you just want to keep creating, keep finding a place that really inspires you that feels fresh and new and keep it exciting. So that is what this record really was- me exploring and finding some really cool creative ground.

The song “Just Kids” seems really personal -why did that song in particular become the title of the album?

You know, getting married and really digging in with another human being can point out your greatest strengths and your greatest weaknesses. And it’s really about wanting to get to that place of grace and redemption and that may happen before you guys learned your bad habits. So “Just Kids” is really a song of me saying “I want to approach you with like childlike faith in the way that I love you and just viewing life that way.”  So it’s kind of my story and I kind of tell that story through it.

Tell us about the recording process. I know you did most of the production on your own, what was that like?

I did about half of the record on my own. I worked with some guys in Los Angeles that I met and hit it off with and a guy in Nashville named Josh Crosby, who is married to Britt Nicole, and does a lot of her records. He has just been a friend who has worked on albums with me since “Ships in the Night.” And sometimes when you are by yourself, you can be more honest, more revealing and really ask yourself  “What do I want to write about today?” And I have really enjoyed that process of being by myself a lot on this record.

Tell me about “One Heart”

There’s that place in our lives where we get a sense of desperation and we are like “I really need something bigger than myself,” and I guess “One Heart” was really written like David in the Psalms where he is saying, “I’m at the end of myself and I don’t have all the answers but I know someone who does and I really need that.” It’s a very humble song.

Tell me about “Air I Breathe”

This song, at its core, is my journey battling perfectionism and being in control. I am a micromanager and I love being involved in every detail of my life, but in the big picture you realize how little control you have. “Air I Breathe” is about those moments of surrender where you get to something that is bigger than you and you don’t have answers for it.  You are kind of forced to wave your white flag and be like “Okay I can’t control this.” Sometimes those moments can be very freeing because they are humbling.  You realize you have been holding onto something and trying to control it when there’s grace available for you that is bigger than your own control.

What have you learned while making Just Kids?

I have learned that if you decide to work out of a home studio, you will annoy your wife a lot, because she has to listen to the songs a hundred times.  And being like an insecure artist you’re like, “Babe come listen to this song, what do you think?” And she will come up there and be like, “Are you kidding me? You really want me to listen to this song? I’ve literally listened to it all day. It’s good, now can you turn it down.”

Who inspires you musically and spiritually?

Musically, I have been really into some of the stuff I grew up on, like Paul Simon and a lot of like Ladysmith Black Mambazo, which is this African vocal group that has worked with a lot of people in Nashville like Charlie Peacock and others. But it’s that real story-telling, fun upbeat groove but then the story can have a lot more depth and can really go to some places. So it’s almost like it catches you off guard and you’re listening to a pop song and then you listen to the lyrics and you are like “Whoa, this is really profound and has a story!”

Spiritually, I’ve been into a lot of Tim Keller – it is always good for an achiever (like myself), to hear the idea that God is way more committed to you than you Him. In your worst moments He’s been there pursuing you. And in your best moments He’s been there supporting you. That is kind of the message of this record- me coming to grips with my own shame, perfectionism and trying to control everything and come into the end of that and realize that is something I don’t have to do.

What artist would be your ideal collaboration?

My ideal collaboration would be Paul Simon- I love him, I grew up on him. I think he’s one of the best lyricists of just being clever. Johnny Cash is a hero of mine. I just love him. Growing up in Nashville, he is one of the legends that formed this town musically. So yea … if I could summon him back- then we would write.

Tell me about your tour and what should people expect?

You know…I love creating moments that feel bigger than just like an artist on stage.  So hopefully it feels very fun and people are there together and it feels like a moment that is bigger than just going to watch some entertainment. I love making it feel like we are there together. I think one of the things that I carry, and just my goals in life, is just encourage people and make them feel joy and celebrated and they leave feeling like maybe there was stuff talked about that was difficult, but then there was a voice of redemption and grace in the middle of that.

Are you playing all new tracks or some old ones?

You know, I never play all new stuff, because you got to “dance with the girl that brought you” what is that saying? (laughs) You got to play the songs that got you there, so I love playing the songs from my very first record “Bullet,” “Nothing Left To Lose,” “City of Black and White”  and others from Young Love.  Then I’ll play a good amount of new stuff.
But I just love keeping people on their toes. With my music being kind of schizophrenic - I’ve got ballads, more beat leaning stuff and more rock leaning stuff, that is the fun part of putting on a show I know that if I’m entertained then I know others will be.

Tell us about the bands joining you on tour.

I just brought some friends …there is a band called Parachute, who I have met just living in Nashville being in the same community and friends and I said, “Hey do you guys want to go on the road with  me?” and they were like, “That would be awesome!” And there’s another Nashville band called Judah and the Lion, which I’m just a fan of and I think they’re young and excited and they bring passion and just a youthful spirit. I was thinking, “They need to be a part of this tour!” So it should be a Nashville conglomerate out there!