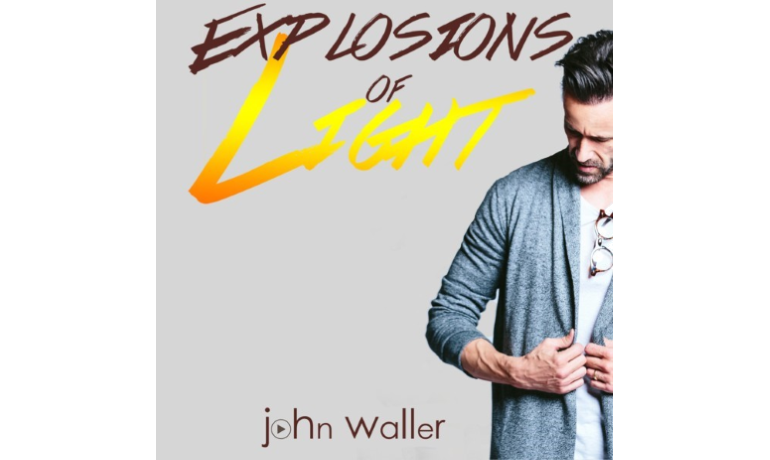 Recording artist and songwriter John Waller, known for such inspiring hit singles as “Crazy Faith” (featured in the hit box office film, War Room), “While I'm Waiting” (featured in 2008’s No.1 independent film, Fireproof), “As For Me and My House,” “The Blessing” and many more, releases his first new album in three years, Explosions of Light, on Radiate Music Jan. 25.

Produced by GRAMMY-nominated, two-time Dove Award-winning “Producer of the Year,” Ian Eskelin, the new album comes after a season of renewal for Waller.

“After touring extensively for 10 years straight, I settled into a rut. I began to survive instead of thrive. Everything I said from the stage was something God did in the past, but hardly ever what God was doing NOW,” John admits.

Following this period of exhaustion, isolation and even depression, Waller had the opportunity to return to his roots as a worship leader. At the beginning of 2018, he moved with his wife and nine kids (including three adopted children) to Yuba City, CA, accepting a position as worship pastor for the congregation at Hope Point Nazarene.

“This has been a huge change for us, but we could not be more happy,” reflects Waller. “‘Explosions of Light’ was the first song birthed here in California. It was written on my worship team’s first writers’ retreat. Inspired by something I heard Louie Giglio say once, ‘Whenever we say things like ‘hallelujah’ there is literally an explosion of light into the spirit realm!’ I hope this song, somehow through the hand of God, might explode into the church and prepare the way for many worship songs to come!

“I don't take for granted the privilege of getting to make music,” continues Waller. “After every album I do, I wonder if it could be the last, so I really make sure I put it all out there, investing my whole heart. This is by far the most upbeat and best album I've ever done.”

Explosions of Light features not only the lighthearted hit radio single and video, “Awakening (aka The Coffee Song),” which led Waller to launch Crazy Faith Coffee last year, but also the serious, gut-wrenching songs for which he is best known.

“‘Mine’ is about my kids and the Father’s love for His children,” says Waller. “The second verse literally talks about an incident where my 13-year-old daughter had a crush on and was texting with a 16-year-old boy. When I found out, I took that phone away. She doesn't understand the reason I get all like Liam Neeson, but that's a daddy's love for his little girl.”

From his early days leading the critically acclaimed band, According to John, to his impactful ministry as a solo artist, John Waller has continually used his gifts as a singer and songwriter to inspire, educate and encourage the body of Christ.

“God has definitely taught me to completely live by faith,” Waller says. “God always provides. He always comes through, and one of the biggest things I’ve learned is that God’s plan for each one our lives is not going to look like someone else’s. He has a unique plan for every individual.”