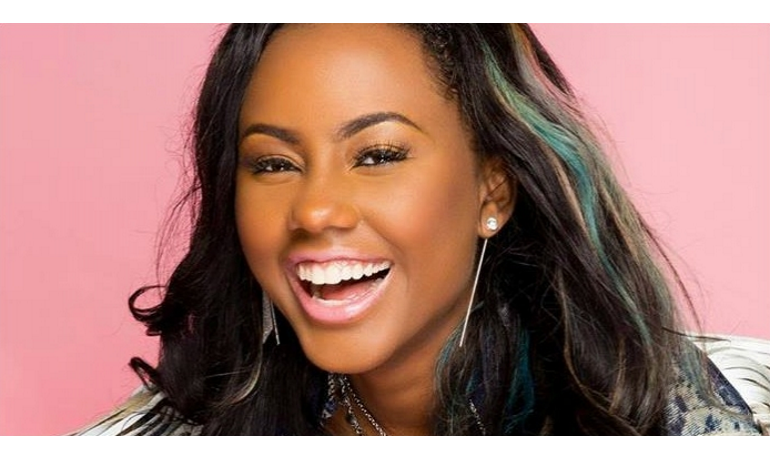 After a long struggle to release new music, today Jamie Grace announced a date for her new album. At the end of a heartfelt YouTube performance of her new song, "Daughter Of A King," it was revealed that the new album -- her first since early 2014's Ready To Fly -- will be available February 10, 2017.

It's been a year of transition for Jamie, as she parted ways with her label Gotee Records in August and became very honest with her fans about the difficulties she was facing while trying to release new music. About a week before the announcement of her departure from the label, Jamie had the once-in-a-lifetime opportunity to sing with powerhouse vocalist Adele when the British songstress randomly pulled Jamie up on stage to sing with her during the show. Though Jamie had honestly considered retiring her music career, the run-in with Adele and the outpouring of support from fans soon after gave her the encouragement she needed to continue on as an independent artist.

Following through on her promise to release new music soon, Jamie debuted her first single in three years, "Party Like A Princess," last month (get the song on Amazon here). "'Party Like A Princess' is an anthem for all girls, young or old, who are waiting on their prince. When that season of life begins, it will be wonderful. But right here, this season of waiting, is one worth celebrating too. So all the girls out there, get ready to party like a princess," Jamie said in an exclusive interview with NRT about the song.

Though there is no title or cover artwork yet, with the release date set for the new album, Jamie is finally close to sharing the music she's been hard at work on for years. "As far as style and production, this is the most fun I have had working on project," she says.

Check out the "Party Like A Princess" lyric video here and make sure to keep up with Jamie Grace via social media to catch all the updates heading towards the release of her new album.