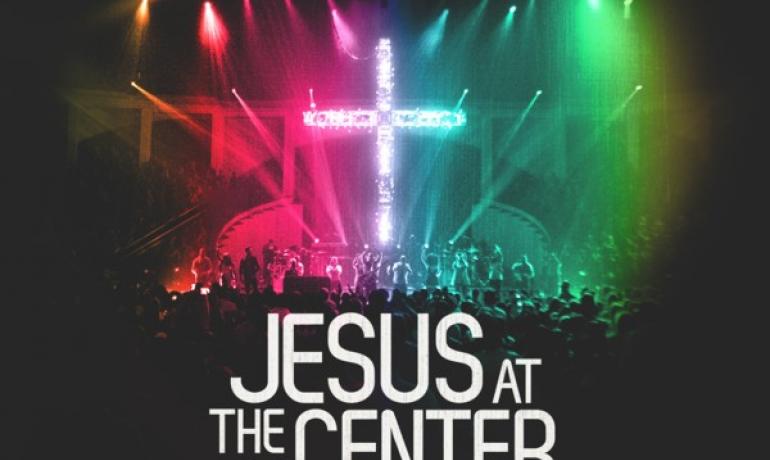 Receiving a nomination for Best Gospel Album, as well as for Best Contemporary Christian Music Song for the hit AC radio single, “Your Presence Is Heaven,” the latter nod marks Houghton’s first nomination in the category. The awards will be given out during the 55th Annual GRAMMY Awards, live from Staples Center in Los Angeles on Sunday, Feb. 10, 2013, and broadcast on CBS at 8 p.m. ET/PT.

In addition to the GRAMMY nominations, Houghton has been tapped by the 28th Annual Stellar Gospel Music Awards to perform at their annual awards ceremony to tape Jan. 19, 2013. Houghton will perform his current Top 5 and climbing hit Gospel single, “It’s Not Over (When God Is In It)” from Jesus At The Center.

Co-writing all the songs, except the Bob Dylan cover, “To Make You Feel My Love,” and “You Have Me,” by Michael and Lisa Gungor, Israel says, “The overarching story of the album is that sometimes we can be so ‘churched’ that we can lose sight of the ‘who, what, why’ of worship. This project simply places Jesus where he is supposed to be. We intentionally removed the metaphors and simply focused on his name.”

Taking the message and music on the road, Israel shared the stage for the very first time with peers Kirk Franklin, Marvin Sapp and Donnie McClurkin on The King’s Men tour that filled 15 major market venues in the US this fall. Israel’s touring continues this month with an event tomorrow in Nigeria, followed by an event in London Dec. 29 before returning to the US for a series of dates beginning in January. For all the last tour dates and news, go to www.newbreedmusic.com.

In 1995, Israel and Meleasa Houghton founded New Breed Ministries, an organization they continue to run and that is comprised of noted musicians and singers who serve within their respective churches and together serve the Church at large. Since then, Israel & New Breed has amassed a legion of followers that crosses generational and African American, Latin and Caucasian listener lines. While blasting down barriers, Israel has been fittingly graced with 2 Gold-selling albums, 4 GRAMMY Awards, 12 Dove Awards, 2 Stellar Awards and a Soul Train Award.

Active as worship leader in his local church, Joel Osteen’s Lakewood Church (Houston), Israel has served as worship leader at Hillsong conferences and Franklin Graham crusades. He has written or co-written 11 CCLI Top 500 favorites, been featured on The Tonight Show with Jay Leno, accompanied Alicia Keys at the 2007 MTV Video Music Awards for a performance of George Michael's “Freedom '90,” and performed at the 50th Annual GRAMMY Awards. He uses his own multi-cultural upbringing as a reference point with a desire to draw people of all races, ages and cultures together. More information on Israel & New Breed is available at www.newbreedmusic.com.