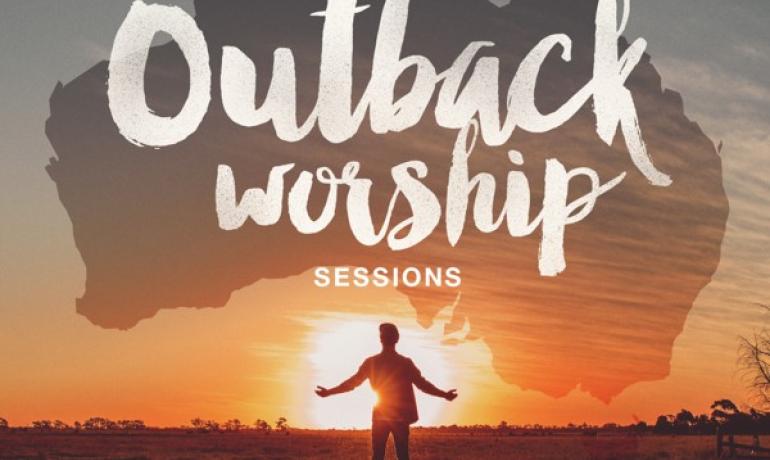 The worship team from Planetshakers Church, one of Australia’s fastest growing churches in history, is set to release Outback Worship Sessions globally through Integrity Music May 12, 2015. What started as a project to re-craft Planetshakers’ most-loved worship anthems into a form accessible to worship teams representing the wider church body has since grown into a studio recording that is, as Aristotle might say, “greater than the sum of its parts.”

Known for its cutting-edge, joy-infused sound that is full of energy and that has sparked the young and young at heart around the globe to celebrate in worship, Planetshakers’ recent recording, This Is Our Time, immediately soared to the top of the overall charts in several countries during its first week at retail. The project, like the Planetshakers ministry, has transcended cultures, languages and geographic boundaries.

“Outback Worship Sessions is about taking our message further, sharing with as many as possible and empowering generations to win generations,” says Planetshakers worship pastor Bj Pridham. “I think as a church, we have organically reached a younger audience. We want to be intentional to reach not just one generation, but all generations.”

For the new album, Planetshakers tapped into the expertise of Grammy Award-winning, four-time Gospel Music Association Dove Award-winning “Producer of the Year,” Ed Cash. Taking Outback Worship Sessions under his wing, and with church worship teams in mind, Cash gave a new, intimate ‘voice’ to Planetshakers’ best-loved anthems. He not only brought out the best in the Planetshakers team, but also produced three brand new songs on the 11-track album.

Co-writing and producing the worldwide church anthem “How Great is Our God” with Chris Tomlin, and recently writing songs featured on albums by Jeremy Camp, Kari Jobe, Crowder, Laura Story, Hillsong and many more, Cash penned “My Soul Longs For Jesus” featured on Outback Worship Sessions. He further co-wrote “Spirit Of God” and “Father” for the album with Pridham, who is one of several featured vocalists from Planetshakers’ worship team on the album.

“The moment I began co-writing with Bj over Skype, I knew that Heaven was going to fall heavy on this project,” says Cash. “It became increasingly clear that the Planetshakers family has habitually drawn near to God, and in His matchless covenant fashion, He has drawn near to them! I pray the presence of the Lord will bless you as richly as you listen as He did me while working on it.”

In addition to the new recording, lead singers featured on Outback Worship Sessions will literally fly into the heart of Australia’s Outback to record the brand new videos “Like A Fire,” “My Soul Longs for Jesus,” “Nothing Is Impossible” and possibly more songs from the new project.

“Set in a small church in the Outback of Australia, the videos will be recorded with a band playing in a very organic, natural setup,” explains Planetshakers Lead Singer and Music Director Joth Hunt. “There will be no flashing lights or big production elements, but we will be utilizing aerial cinematography interspersed throughout the video capturing the spectacular surroundings of the Australian Outback.”

Each of these videos will be offered free as a resource to worship leaders following the May 12 release of the album. Integrity Music will also offer a companion digital Outback Worship Sessions songbook free of charge through WeAreWorship.com.

Having led over 200,000 people at a single event in Asia and sharing new music from This Is Our Time and other favorite Planetshakers worship anthems around the world, Planetshakers will hit Cape Town, Pretoria and Durban on a 10-day tour of South Africa beginning April 24. They will also be the featured worship leader June 28-29 during several events at CBA’s International Christian Retail Show 2015 (ICRS) that will also feature Lee Greenwood, Josh McDowell, Steve Green (Hobby Lobby) and others. Planetshakers will further be featured during the National Worship Leader Conference June 23-25 and headlining along with Casting Crowns and Jesus Culture “Florida’s biggest Christian music festival,” Rock The Universe, Sept. 12.