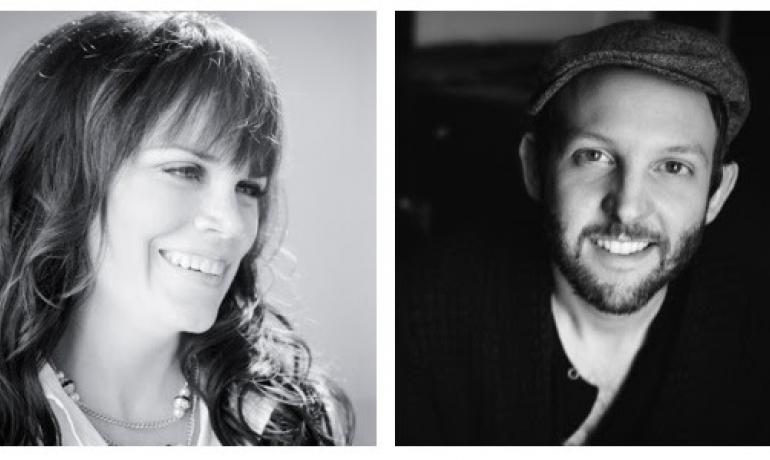 NASHVILLE, Tenn.—Dove Award-winning singer/songwriter Ginny Owens and Dove Award-nominated singer/songwriter Andrew Greer will host an exclusive Holy Land tour next year, it was recently announced. Tracing the life and times of Jesus, the February 9-18 “Journey Through The Land Of Israel” is slated to visit the Sea of Galilee, the Mount of Olives, Bethlehem’s Church of the Nativity, the Via Dolorosa, and the Valley of Armageddon, among numerous destinations.

Open to the first 40 registrants, the trip will be highlighted by intimate, acoustic concerts by Owens and Greer at various historic locales, as well as devotions, meals and side excursions led by the artists. In addition, participants will have a unique opportunity to renew wedding vows at Cana of Galilee, the site of Jesus’ first miracle.

"Touring Israel has been a dream of mine for quite some time,” says Owens. “I am fascinated by all I read about the region in Scripture, and can hardly wait to explore the land where Jesus lived and walked so many years ago. I'm particularly excited to share this experience with my great friend, Andrew, and the intimate group of folks who will venture with us through this magnificent, historical, sacred place."

"Israel is much more than a travel destination for me,” Greer adds. “For the disciple of Christ, tracing the footsteps of Jesus is an unparalleled spiritual pilgrimage. To be able to share stories and songs in poignant places along the way with a fellow sojourner and friend like Ginny is so personally fulfilling. We hope our enthusiasm for the sights and sounds of Israel can enhance the experience for those who make the journey with us.”

“Journey Through The Land Of Israel” is presented by Andrew W. Lyon Travel. Lyon has organized and led group excursions for Sandi Patty, Christians Broadcasting Hope and Church of God Ministries, among other organizations. To secure a reservation, or for more information, visit andrewwlyon.com/gai.

Three-time Dove Award winner Ginny Owens is known for such signature hits as “If You Want Me To,” “Free” and “I Wanna Be Moved,” among others. Named the Gospel Music Association’s New Artist of the Year in 2000, Owens is the recipient of multiple ASCAP Awards for songwriting and has performed at such notable venues as the White House, the Sundance Film Festival and Lilith Fair. With sales of nearly one million records in her 15-year career, Owens is currently preparing for the release of her 13th recording and eighth full-length studio album. For further information, visit ginnyowens.com.