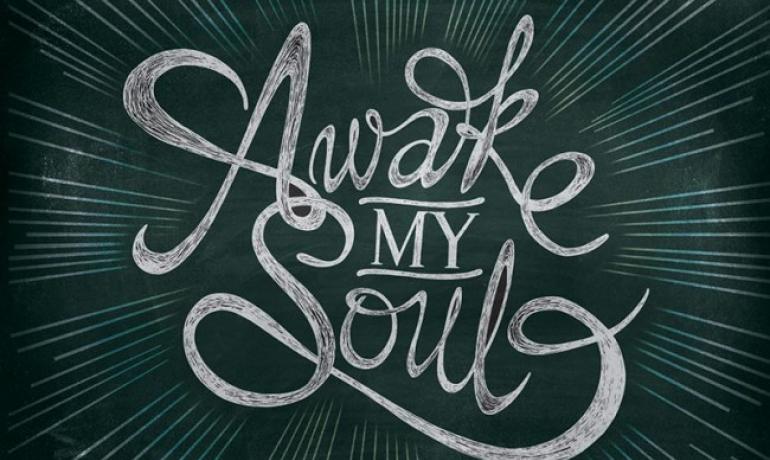 Nashville, Tennessee -- Nicol Sponberg’s life cannot be classified as ordinary. She spent part of her growing-up years as a missionary kid in the bush of Africa. She was one-third of the Dove Award-winning Christian group Selah, whose songs still permeate the hearts of listeners. She experienced a whirlwind courtship at age 32, marrying her husband just over 2 months after they met. And she’s known loss, as her second child died of SIDS only 10 weeks after he was born.

The threads of her life are woven into a beautiful tapestry that makes Nicol who she is today. She grew up singing the sacred hymns of the church, and they still speak to her heart. Now she’s selected a few of her favorite hymns for her new project from Discovery House, Awake My Soul. In her distinctive, husky voice, Nicol brings each song to life with the prayer that its words will speak to listeners as well.

“Awake, my soul, and sing” is a line from the hymn “Crown Him with Many Crowns.” It lends itself perfectly to the CD’s title as Nicol chooses daily to sing praise to her Savior through the highs and lows of life.

One of the lows that forever changed Nicol and her husband, Greg, was walking the excruciating valley of the unexpected death of baby Luke. This came just one month after the death of Nicol's infant niece, the daughter of her brother (and former Selah singing partner) Todd Smith and his wife. Having seen miraculous physical healings firsthand in Africa, Nicol believes in the dramatic power of prayer. “I think that was why it was so hard for me when we lost our son—because I had seen God heal people, including my own brother when he was sick. And here we are in America with all the greatest resources, and they couldn’t bring my son back to life.”

But with each heartache, Nicol chooses to see the good. “It makes us treasure our children more,” she says. “We had three miscarriages after losing Luke, and you realize it’s just such a gift to bring a child into the world. I don’t know if I would appreciate my children as much if it hadn’t been for all the loss. There are things that just don’t matter anymore. Suffering just changes you. It humbles you whether you want it to or not.”

And from that humble heart, Nicol gives wing to the hymns on “Awake My Soul.” The first song she knew she wanted to include was “Sweet Hour of Prayer.” She says, “I love the words to this song. To have that time with Him makes such a difference. That song right now has really special significance to me—I think because we’re in such a time of transition. It’s the only way I’m going to have peace—by spending time with Him.”

“In the Garden” is another hymn that deeply speaks to Nicol because, as she says, “there’s such an intimacy in that song.” Nicol continues, “I think that’s when our lives are changed—when we know that He loves us individually. He died for the whole world, but He would have died just for me, and that He wants a relationship with you individually. It’s such beautiful imagery. I just love where the lyrics take you. We’re in the garden and we’re having this time when you just feel His love. You’re communicating with him on a heart level.”

Prayer and intimacy with God allow Nicol to relinquish control of her life, letting Him fully take charge. With all of life’s uncertainties, she can confidently put her trust in God and boldly proclaim “He Leadeth Me.” This song, she says, is “very, very personal. I just need that reassurance especially when you’re in a time of transition. I just need that reminder that He’s leading me. You can’t see it right now—you can’t see the way He’s putting things together.”

Recalling a rough recovery from malaria in Africa, Nicol says, “I remember sitting down with a hymn book on the days when I felt good and just going through these old songs. It was like therapy for me. There are wonderful things about living out there. The people think nothing of fasting and praying for three days. They love having all night prayer meetings and things like that. They are just not living for this world. Life is really hard for them. And their mind is, ‘We’re just passing through.’”

That’s a thought we can all take to heart. Nicol quotes her good friend Nell who—after going through a very difficult time in her life—said, “We are pilgrims passing through and we need to lock arms with each other while we’re here on earth ’til we get to the other side.”

Until that time, Nicol hopes that her new CD will comfort listeners and help them realize that they are not alone. Life can be challenging, but the words in these songs remind us that God is good. “That’s why these songs are timeless,” Nicol says. “They just reach into your soul.”