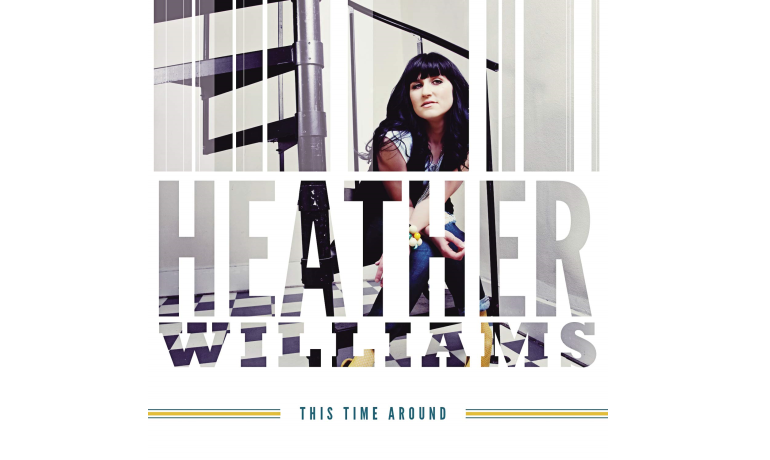 Nashville, Tenn. -- Fair Trade Services’ songstress Heather Williams will debut her first, full-length studio album on September 27 titled This Time Around. Early acclaim has followed Williams since the release of her debut EP last fall. In addition to the radio success of "Hallelujah," Williams was named amongst the "Best Bets of 2011" by Billboard Magazine, one of only two Christian artists to receive this title.

Her songs and her character speak of the strength of a woman well beyond her years. Williams grew up in extreme poverty with her mom and stepfather. Throughout her early childhood, she suffered intense abuse. Her mother gave her away at age 11, and Williams went to live with her grandfather in Michigan and later with her aunt and uncle who eventually adopted her and are now her legal parents. Living with little guidance and the pain of past abuse and rejection, Williams turned to drugs and alcohol as a way to numb the realities of life. As things began to spiral out of control, the young teenager began to have thoughts of suicide and was even homeless at one point. At age 18, however, the dangerous road Williams was on took a U-turn when she gave her life to Christ.

“When I was 18, I was going through a whole series of events where I was really rejecting God and blaming Him for everything that had taken place in my childhood,” says Williams. “I came to this place where it was either, OK, I’m going to give my life to God, or I just don’t know if I’m going to live. So, I walked up that aisle at that church, and I gave my life to God.” Having grown up with a love of music, after becoming a Christian, Williams says she began to write songs from a “perspective of radical change.”Another wave of tragedy struck the budding singer/songwriter when her first child passed away shortly after he was born. This tragedy led to William’s Top 10 AC and Top 5 INSPO debut, “Hallelujah.” To hear more of Williams’ story visit, http://www.youtube.com/watch?v=r7cnMDwdm3k.

For Williams, she describes her songs as “conversations,” sometimes joyful, sometimes angry, sometimes a mix of both. “This album is you getting to peek in on me sometimes having it out with God, sometimes crying to God, sometimes laughing,” she says. “But it’s always going to be a transparent look at what’s going on in my heart, because that’s who I want to be before Him. If I want Him to use me, then I have to be willing to share everything.”