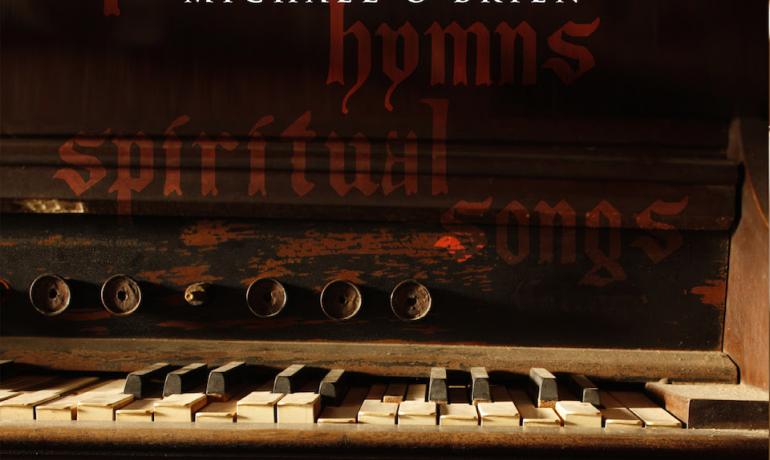 “This album was inspired by ‘There Is A Fountain,’” O’Brien says. “My wife Heidi was struggling with depression one morning and opened up the hymnal to this lyric, and the peace of God filled her soul. Shortly after, I rewrote the music, added a chorus and sang it at my home church in Columbia, Tennessee. They soon began to incorporate the song into their worship services and I felt like I needed to write more songs that the Body of Christ could sing.”

Highlights of Psalms, Hymns & Spiritual Songs include Fanny Crosby’s “Safe In The Arms Of Jesus,” Charles Wesley’s “All In All,” and Martin Luther’s “From Depths Of Woe I Raise To Thee." The collection also features the originals “Psalm 13”; “Sing Praise,” inspired by Psalm 47; and instrumentals "Solitude," “Onward” and “Mike’s Song.” The album closes with O’Brien’s stirring duet with Steve Green, “For All The Saints.”

GRAMMY® Award nominee and multi-Dove Award winner Michael O’Brien has been one of Christian music’s most distinctive vocalists for more than two decades. Since his acclaimed 1995 debut, the powerhouse vocalist, accomplished pianist and versatile songwriter has recorded seven solo projects. He served as a frontman for GRAMMY®-nominated NewSong from 1999-2006, and was heard on the group’s landmark recordings Rescue—Live Worship and The Christmas Shoes, as well as the mainstream hit, "When God Made You," a duet with Natalie Grant, which O'Brien also co-wrote.