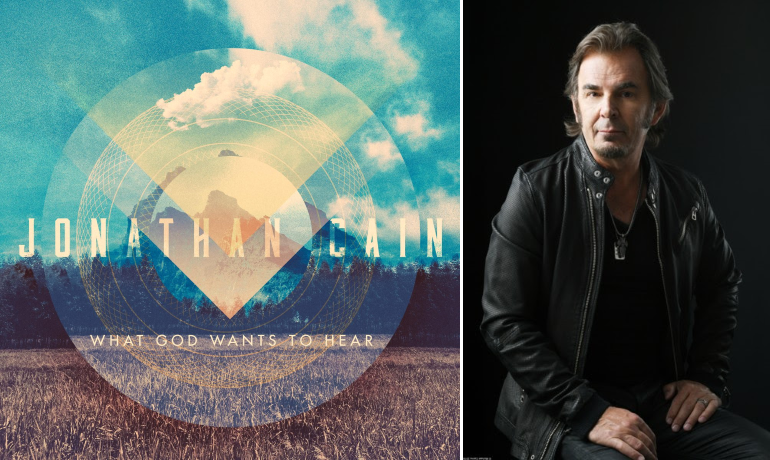 Jonathan Cain, longtime keyboardist and rhythm guitarist in Journey, co-writer of the No. 1 catalog rock song in iTunes’ history, “Don’t Stop Believin’,” as well as writer of “Faithfully” and co-writer of “Who’s Crying Now,” “Open Arms” and many more international hit songs, will host an exclusive Facebook Live listening party Tuesday, Oct. 18, beginning at 7:00 pm CDT for everyone who preorders his solo album, What God Wants to Hear.

The new album is set to release amidst acclaim Oct. 21 on Identity Records with The Fuel Music distribution, but everyone who pre-orders the album will get a chance to hear the songs and the stories behind the songs three days early, as well ask questions during the Facebook Live event. Joining Cain to co-host the event from his state-of-the-art facility, Addiction Sound Studios, will be his wife, Pastor Paula White. To find out more information on this listening party, go to www.facebook.com/jonathancainmusic.

Cain, who continues to tour the world with Journey, one of the most popular American rock bands of all time, crafted his new solo album from his personal faith-journey. Reminiscent of when he almost gave up on his musical dreams and his father uttered the now famous line “Don’t stop believing,” Cain now feels he’s just starting to believe again.

After encouragement to record music reflecting this newfound faith, Cain asked, “What does God want to hear from me?” Soon afterwards, the songs began to pour out. “I’ve always been seeking out songs since I was young,” he shares. “I never had any idea how rich the Bible was with imagery. I got lost in it.”

Having already completed feature interviews with Parade Magazine, NewReleaseToday.com, The Tennessean, Simple Grace, CCM Magazine, KeepTheFaith Radio and numerous others, and with upcoming coverage by Focus on the Family’s “The Boundless Show,” Christian Musician, “Worship with Andy Chrisman,” “Soul2Soul,” JesusFreakHideout.com and others, the critics are also already beginning to weigh in:

“…Cain’s musicianship and production is…as pristine as ever…there’s an instant connection that comes from getting this intimate of a glimpse into the soul of a genuine superstar,” says Andy Argyrakis for his upcoming CCM Magazine review.