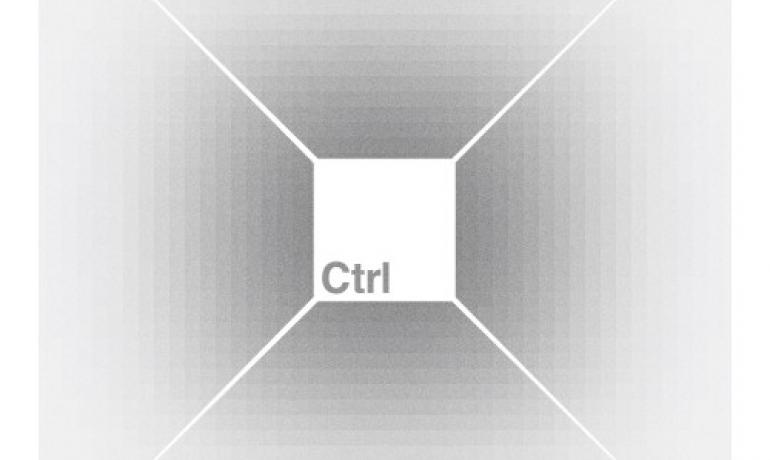 Nashville, Tenn. — Perennial critical favorite Derek Webb officially unveiled his latest studio album, Ctrl, on Sept. 4 to stellar reviews and remarkable praise from critics. In addition, the album made its chart debut in the Top 10 on the Christian Soundscan chart.

With Ctrl, Webb breaks new ground sonically with his combination of nylon-string acoustic guitar, Sacred Harp recordings, and hyper-personal lyrics framed in a fictional narrative of his own writing. The combination of these unique musical elements colors a sonic landscape and supports a lyrical palette that Webb painstakingly crafted along with collaborators Josh Moore (Co-producer of Ctrl, along with Webb's Stockholm Syndrome and Feedback albums) and Allan Heinberg (Writer/Executive Producer of Grey's Anatomy, 2006-2010). Sacred Harp singing is a tradition of sacred choral music that took root in the Southern region of the United States and is part of the larger tradition of shape note singing. Webb interweaves recordings of the four-part harmony, historic, American art form into his compositions on the 10-track album.

Here's just a sampling of the overwhelming praise for Ctrl:

“Extraordinary and original songwriting that comes together in surprising ways. At points, it's as minimalist as PJ Harvey's White Chalk, and at other points, it's as lush as any Sufjan Stevens album. It's eccentric at all points in between, but wonderfully so." New York Minute Magazine

“He has a gifted ear for melody and language, and in these songs he's stripped his songwriting down to those essentials…the tension between straightforward, grounded songs and sonic experimentation is what makes the album work. This album is meant to be probed, explored, wrestled with. Relevant

“Webb's strength is his refusal to shy away from the tension and ambiguity between real and synthetic, pure and toxic, spiritual and physical—life and death.” Christianity Today

“Melodic, atmospheric and as mellow as anything he’s ever done, Ctrl seems to simultaneously show Derek at his most comfortable and his most uncomfortable. There’s an amazing confidence in his arrangements, production and melodies, especially in the deceptively simplistic, sparser moments. Ctrl contains a treasure trove of musicality, ingenuity, honesty, questions, resolutions and much more. No matter your personal level of interaction with Derek’s music, Ctrl stands on its own merit, delivering amazing musical performances, mind-thumping questions and Derek’s crystal clear, unmistakable vocals. Amazing on its own and possibly more than meets the eye when paired with the NEXUS soundtrack, Ctrl is absolutely worth your time and attention.” NoiseTrade

“Ctrl is pretty much unlike anything else you'll hear this year. It's unique, haunting, and thought provoking … truly deep and artistic, something greater than can be understood in a single sitting, and thus something that will have to be played again.” New Release Tuesday

“[This album is] one that begs you to absorb and take it in. Derek has defined himself as an artist and not just a songwriter.” Faith Village