Dan Bremnes releases new EP - Where The Light Is 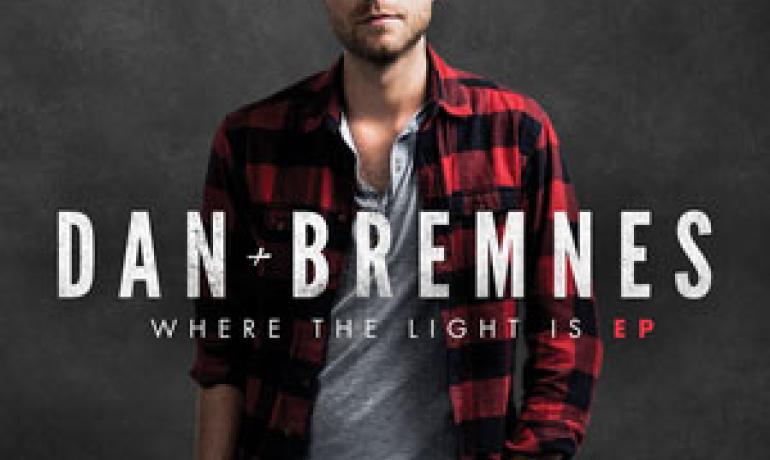 Brentwood, Tenn - Artist and songwriter Dan Bremnes announces the release of his new EP, Where The Light Is. Available now from Capitol CMG at all digital outlets, it features Bremnes' hit song "Beautiful" as well as his current single "Where The Light Is." This six-song project will be followed by a full album, slated for release in June.

Bremnes is currently sharing his new songs while on the road with labelmate Crowder on the Neon Steeple Tour. Running through April 25, the remaining tour dates are listed below. Bremnes will then join Jon Neufeld on the Burn Bright and Beautiful Tour throughout Canada beginning April 29. For all of his tour dates, please visit here.

Since Bremnes’ released his debut single, "Beautiful," in 2014 with Capitol CMG, this Canadian-born singer/songwriter has achieved numerous accolades. He won four awards at the 36th Annual GMA Canada Covenant Awards show for Artist of the Year, Male Vocalist of the Year, and Pop/Contemporary Song and Recorded Song of the Year for "Beautiful". "Beautiful," which was produced by David Garcia (TobyMac, Colton Dixon) and Ben Glover (MercyMe, For King & Country), was the biggest radio add week of any new artist in Capitol CMG/Sparrow Records history. The hit song peaked at No. 14 on the National Christian Audience Chart and garnered over 4.8 million impressions weekly.

Bremnes has toured extensively throughout the U.S., Canada, Australia and New Zealand. Along with two Crowder tours, he supported Steven Curtis Chapman on the 2014 Canadian “The Glorious Unfolding Tour” and joined labelmate Josh Wilson on a U.S. tour last fall.