Christy Nockels to debut first ever Christmas record: The Thrill of Christmas 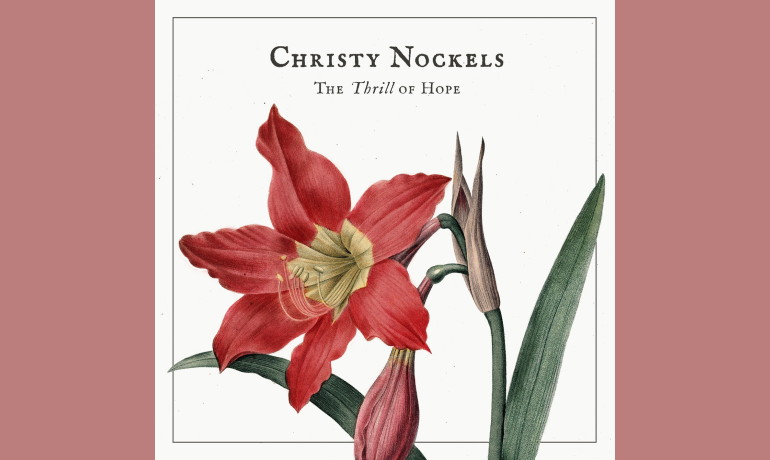 Nashville, Tenn.: Inspired to share her first Christmas album with the world, Christy Nockels will unveil The Thrill Of Hope on November 4. The Thrill Of Hope introduces Nockels' take on holiday classics mixed with original songs, including “Song In The Air,” “Wrap This One Up,” Amaryllis” and “Our Christmas Song,” penned originally. The album is steeped in scriptural references from Isaiah, Genesis, Micah and more, along with family memories as Nockels invited other family members to take part in the project as well. Nockels worked with husband Nathan Nockels (Passion, Matt Redman, Laura Story) to create the LP.

“’The thrill of hope’ I thought to myself…this story is worth telling, yet again,” shares Nockels. "My hope is also that someone will be sitting in traffic on a cold, winter night on the way home from work and literally be moved by the Holy Spirit that our King has come, that He’s with us now and He’s making all things new again. After all, that’s the thrill of hope!”

The three time GMA Dove Award winner self-funded the holiday project through the support of over eight hundred fans on her website. Offering items and perks available for purchase such as handcrafted silver spoons, signed copies of the record and more, Nockels went above and beyond expectations, raising over 100% of the funding goal.

“It’s hard to put into words what it’s like to put your heart out there for everyone to see and say 'Can you guys help make this dream a reality?'" says Nockels. "My secret hope all along is that people will hear it and feel like they got to invest in unfolding, in a new way, the greatest rescue story of all time… Almost like commissioning a painting, I pray that people feel a sense of ‘I get to be apart of that!’"