Centricity Music to release 'Love & History: The Best of Downhere' 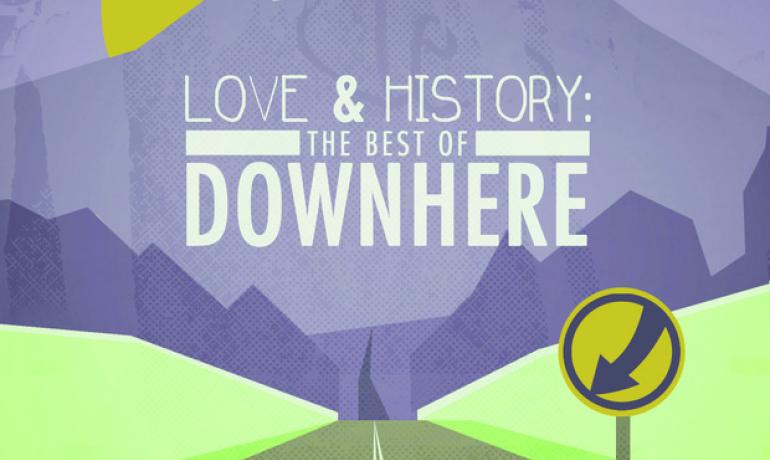 Nashville, TN --- Centricity Music announces a retrospective album to one of Christian music’s most beloved bands, Downhere. The project, Love & History: The Best Of Downhere, releases October 15 and will be available at all digital music outlets in the United States, with physical copies only available in Canada and at Downhere’s online store, www.downhere.com. The album features highlights of the award-winning band’s thirteen-year career including the classic, “How Many Kings,” the title track from their Christmas project; the Top 5 AC hit, “Here I Am,” from Ending Is Beginning  and “Let Me Rediscover You,” from their final album, On The Altar Of Love. Downhere announced their retirement in 2012 and disbanded in January 2013.

“I was a Downhere fan before I was ever privileged to work with the band,” says John Mays, Vice President of A&R, Centricity Music. “This collection of songs represents what we believe to be the best from a decade of making great music, and putting it together has been a welcomed reminder of why I was a fan in the first place. We hope people experience this music the way we do, as an appropriate tribute to Jason, Marc, Jeremy and Glenn's amazing body of work. At the same time, this is also as an excellent record of the unique musical contribution the band has made to the advancement of God's Kingdom.”

All members of Downhere hail from Canada and the group was formed by Marc Martel and Jason Germain while college roommates. In 1999, Jeremy Thiessen was added to the band and shortly afterwards Glenn Lavender joined Downhere.  It was around this time that three members of Downhere moved to Nashville, TN (Marc, Jason, Jeremy) and signed with Word Records, where they released two albums. In 2006, Downhere signed with Centricity Music and released four studio albums that resulted in three Top 5 hit singles. Downhere became a critically acclaimed band during their career with twenty-four Covenant (GMA) Awards, four Juno Awards and two Dove Awards.